E-commerce giant Amazon, now the world's most profitable firm, outperformed Apple and Google in June last year, to be valued at $315 billion. Jeff Bezos, the company's founder, and CEO is a name that needs no introduction in the corporate world. In 1993, Bezos quit his job at DE Shaw and moved across the US from New York to Seattle.

Writing a business plan on this trip to his home city, he started an online bookshop in his garage on July 5, 1994. Today, as the ambitious entrepreneur turns 56, his company's reach is seen across several sectors.

After a huge run on Amazon's stock price, Bezos surpassed the long-running holder of the title for the richest man in the world, his fellow tech billionaire, Bill Gates. Not only did Jeff Bezos disrupt a variety of sectors, but he also disrupted the very way he did business. 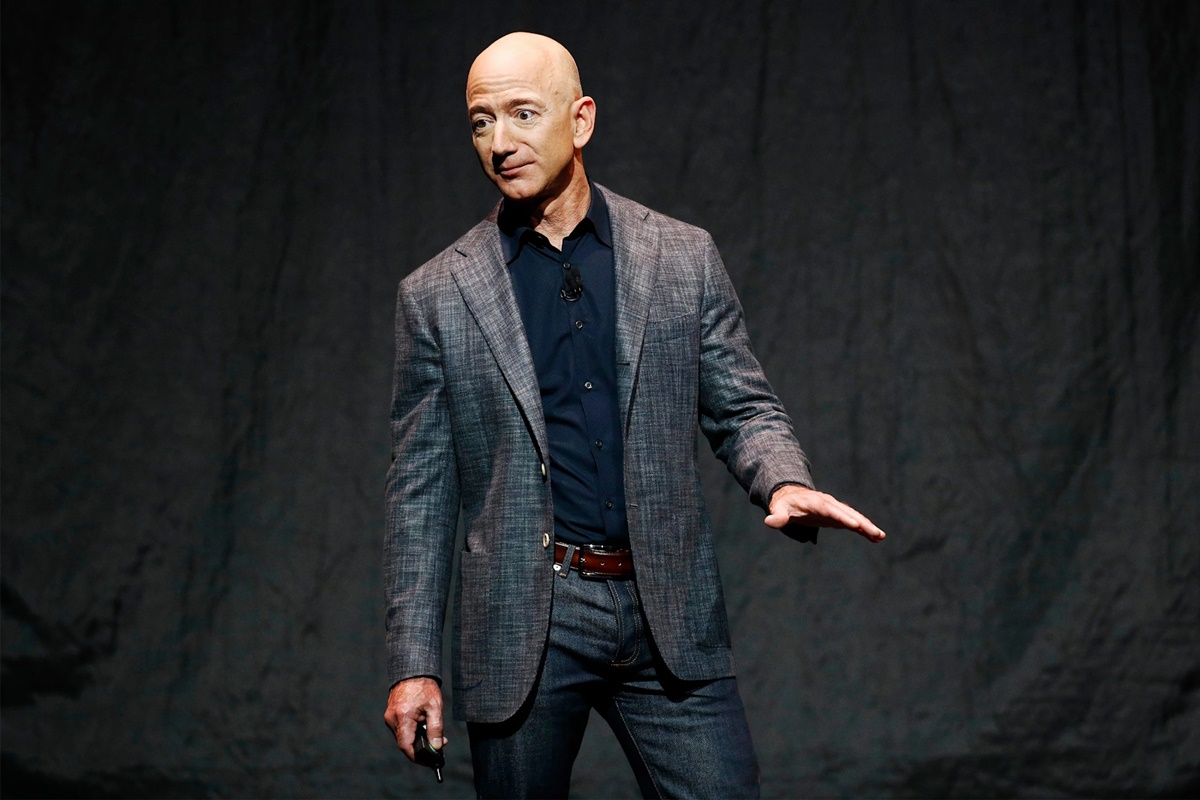 Back in the old days, about 20 years ago, the common approach would be that a start-up would get into an industry, spend a few years (usually 2-3) running on losses, and hopefully, begin to generate profits after capturing some market share.

Those profits would either be retained in the business or partially reinvested in it, but a good portion would be distributed to the shareholders to make them happy. No more! No more! Bezos has abandoned the old model in favor of reinvesting all surplus cash flow in the company and sharing some of it with Amazon's customers who enjoy consistently lower prices.

This approach has enabled Amazon to dominate the e-commerce scene in the United States and disrupt entire industries (like traditional bookstores) while kicking off entirely new ones (like digital publishing). Over the years, Bezos has expressed his insights on doing business and achieving success through interviews or letters from the shareholder.

In this post, I've gathered a few quotes that illustrate his way of thought. Hopefully, we will be able to gain valuable insights that will help us develop our companies in a similar way. 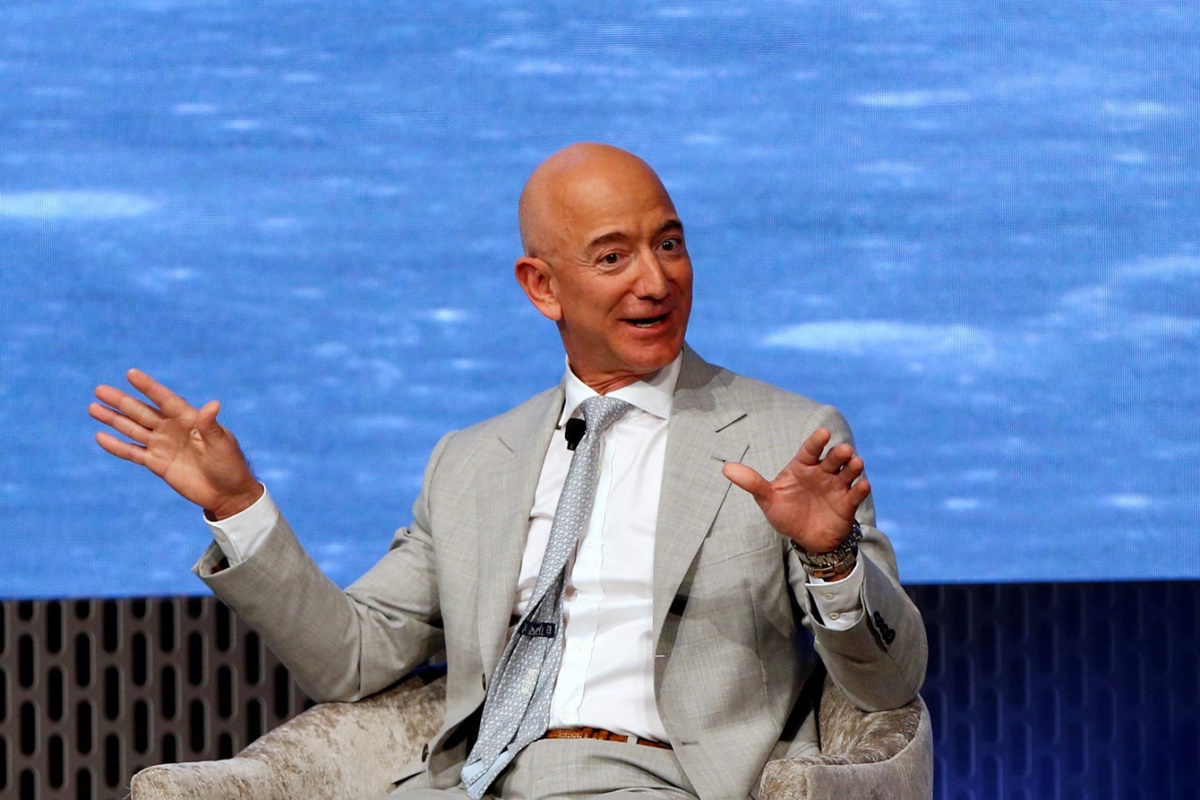 Staying on the issue, Bezos has strategically agreed that Amazon is going to be a business that tries to lower its customers' prices instead of raising them (Hello Apple!). This is possible by reducing profit margins, as we have seen above, and by investing in technology and infrastructure that will allow the business to do more with less in the future. Adopting such a pricing policy, Amazon goods are available to a broader consumer base, rendering the company more open to the public.

“If you don’t understand the details of your business you are going to fail.” 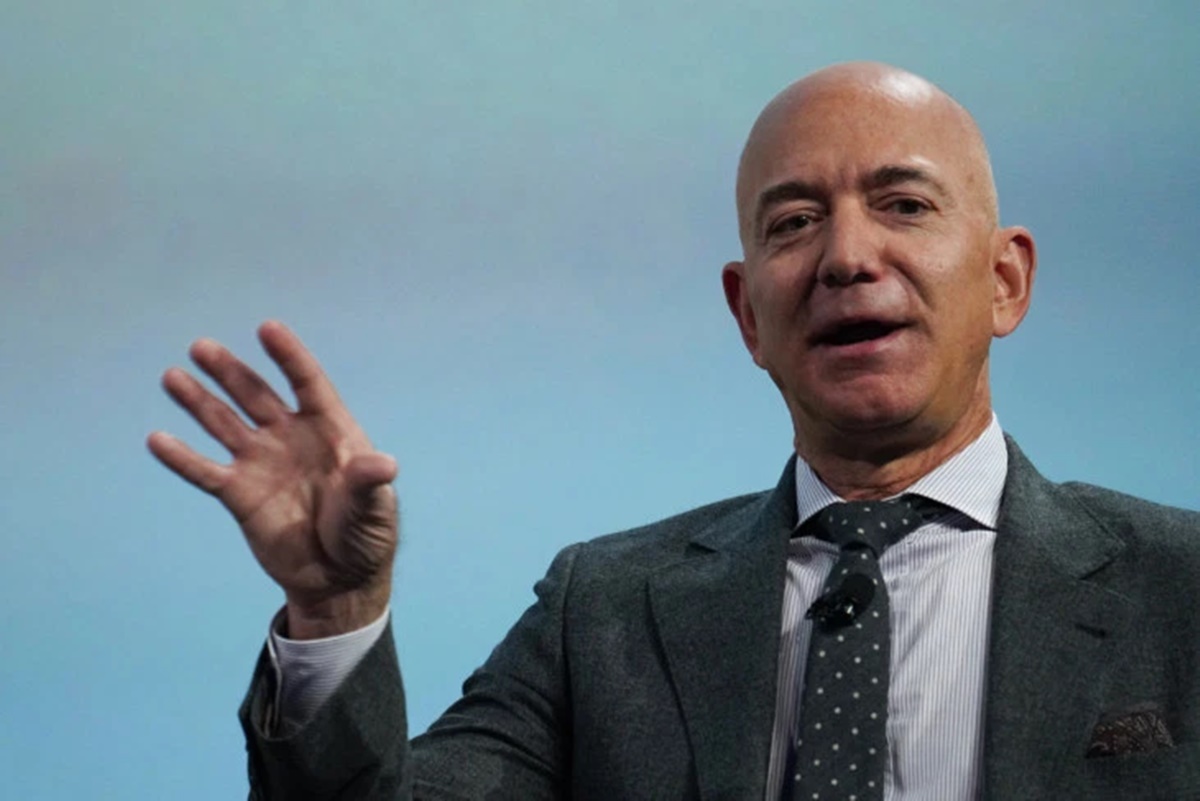 This statement seems super obvious, but most eager entrepreneurs and business people seem to forget about it. This is something I've written many times about: You need to learn and understand every aspect of your business, from how your sales model functions to your financial numbers. It is challenging to create a sustainable, profitable company without a clear understanding of its mechanics and internal mechanisms.

“If you double the number of experiments you do per year you’re going to double your inventiveness.” 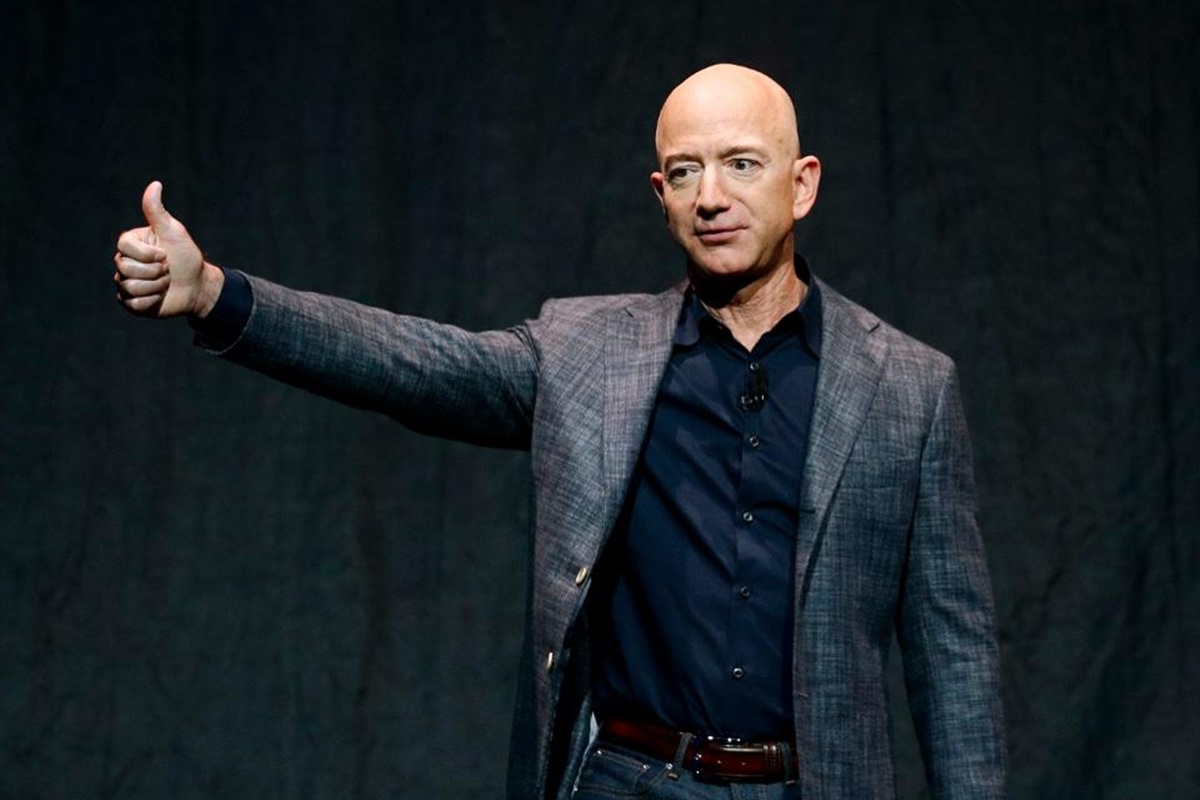 Amazon is a fiercely creative organization. With Bezos at the helm, the e-commerce giant is able to make big decisions and make world-changing experiments. Of course, these experiments are not always successful.

The Amazon Fire cell phone, for example, was a huge flop. From time to time, though, a big gamble will pay off, much like Amazon's Web Services, which is already a major profit earner for Amazon.

“Frugality drives innovation, just like other constraints do. One of the only ways to get out of a tight box is to invent your way out.” 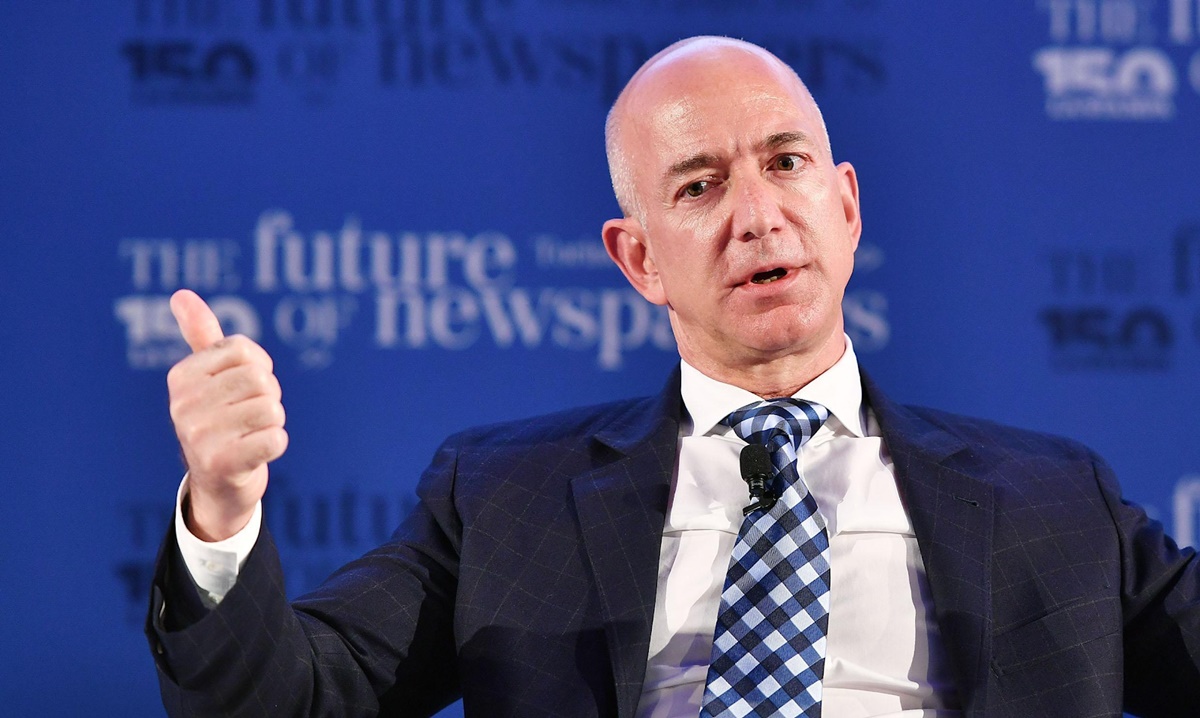 By this statement, Bezos emphasizes the importance of resourcefulness and thriftiness as the main drivers of innovation. Humans, whether in modern business or the ancient desert, are forced to become more imaginative and resourceful by having limited resources and being frugal. The restrictions make it difficult for them to explore and come up with more creative solutions.

Sure, on certain occasions, having more capital will allow you to run faster and more ferociously. Yet more money is not always the solution to your problem. This has become apparent in modern times when startups continue to raise incredible sums of money, but at the same time, losing their resourcefulness and ultimately failing to deliver a valuable solution to the marketplace.

“The most important single thing is to focus obsessively on the customer. Our goal is to be earth’s most customer-centric company.” 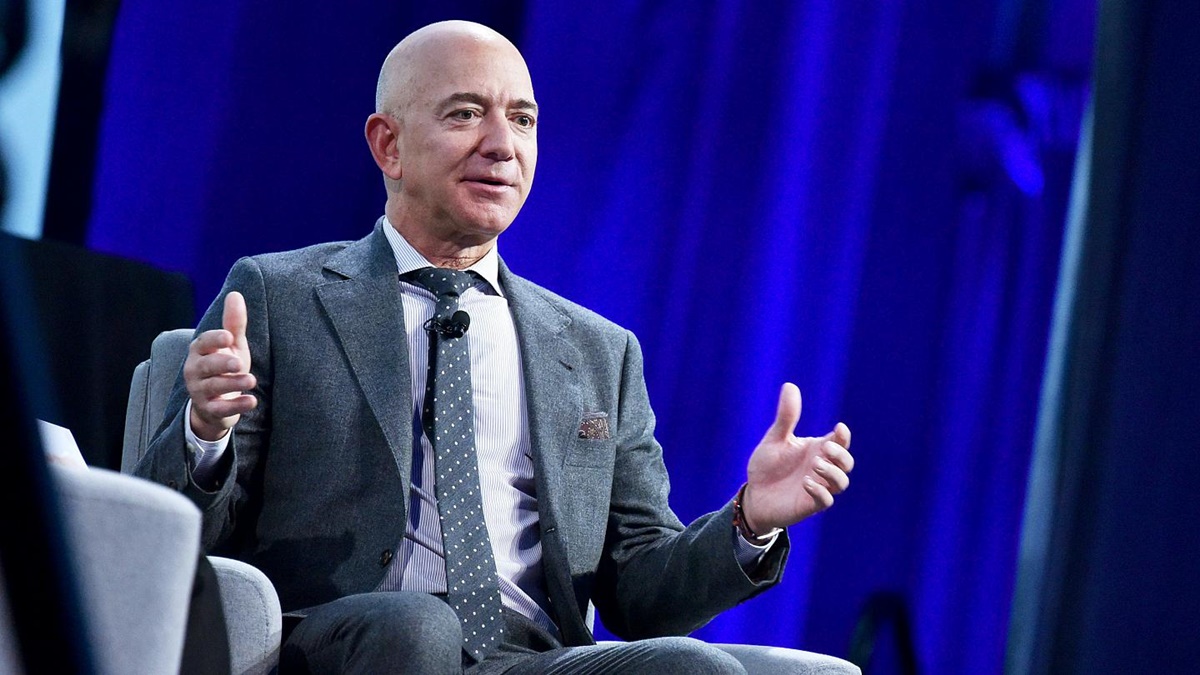 I think it's painfully obvious that Amazon is obsessively customer-focused, and they're going to spend a lot of time providing their customers with the best experience while keeping prices down.

This strategy helps the company to create a solid, loyal customer base who will come back to Amazon's online marketplace again and again while building confidence and equity that Amazon can leverage in the years to come.

“My own view is that every company requires a long-term view.” 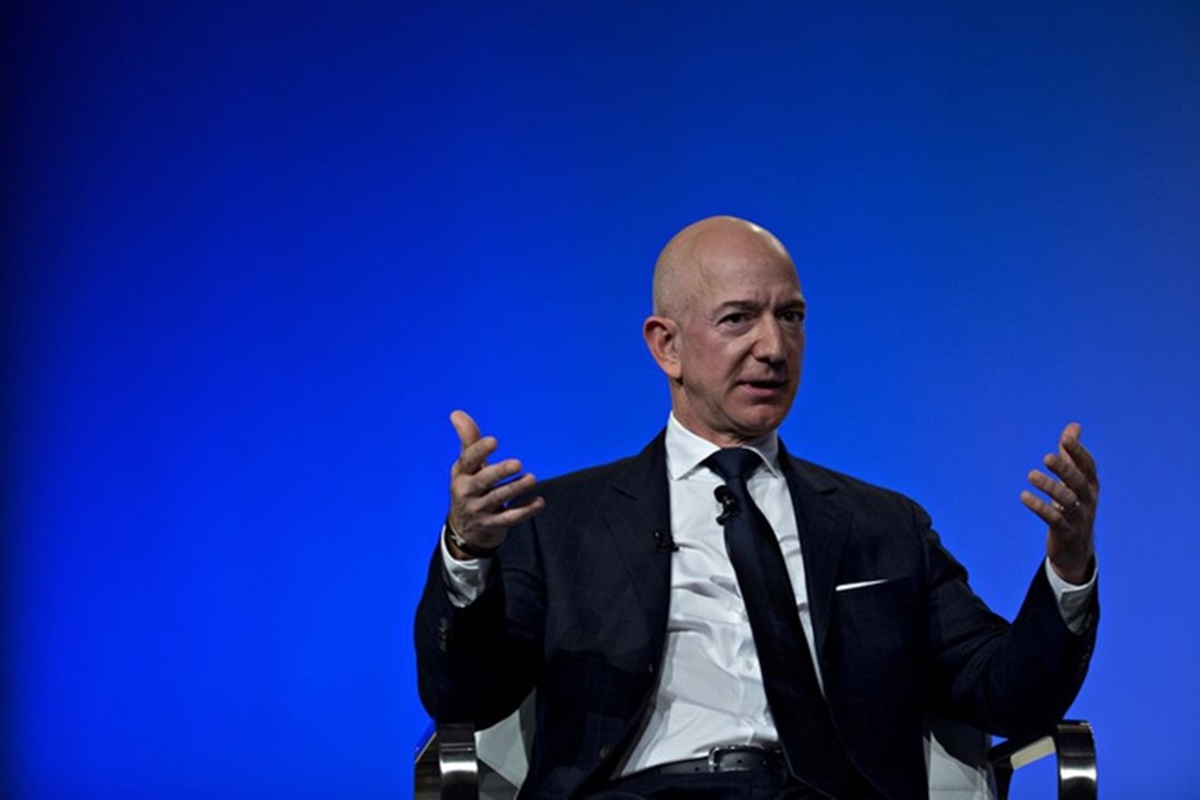 Not a lot to explain. Jeff Bezos and Amazon have embraced a long-term perspective that lacks short-term strategies for investing in the future. Well, it seems to be working on the basis of their stock price success over the past twenty-plus years.

Shopify DropShipping Guide: How to Start a Dropshipping

Starting a Shopify Store with No Money: How to Do It?

How to Sell on Amazon? A Guide To Start Quickly!

How to Start Drop Shipping on Amazon?

***“Keep experimenting or become extinct, no two ways about it.” ***

Many big corporations have the term 'innovation' emblazoned everywhere but are not willing to innovate enough to be considered creative. Conventional wisdom may give you enough firepower to succeed, although moderately; but relentless inventions and changes are what will make you cut above others.

“If you’re not stubborn, you’ll give up on experiments too soon. And if you’re not flexible, you’ll pound your head against the wall and you won’t see a different solution to a problem you’re trying to solve.”

Jeff realizes and emphasizes this with his multi-million-dollar investment in the Amazon Research Labs. He knows that the only way to stay ahead of the next interruption is through disruption.

“Our success at Amazon is a function of how many experiments we do per year, per month, per week, per day.”

“What’s dangerous is not to evolve.” 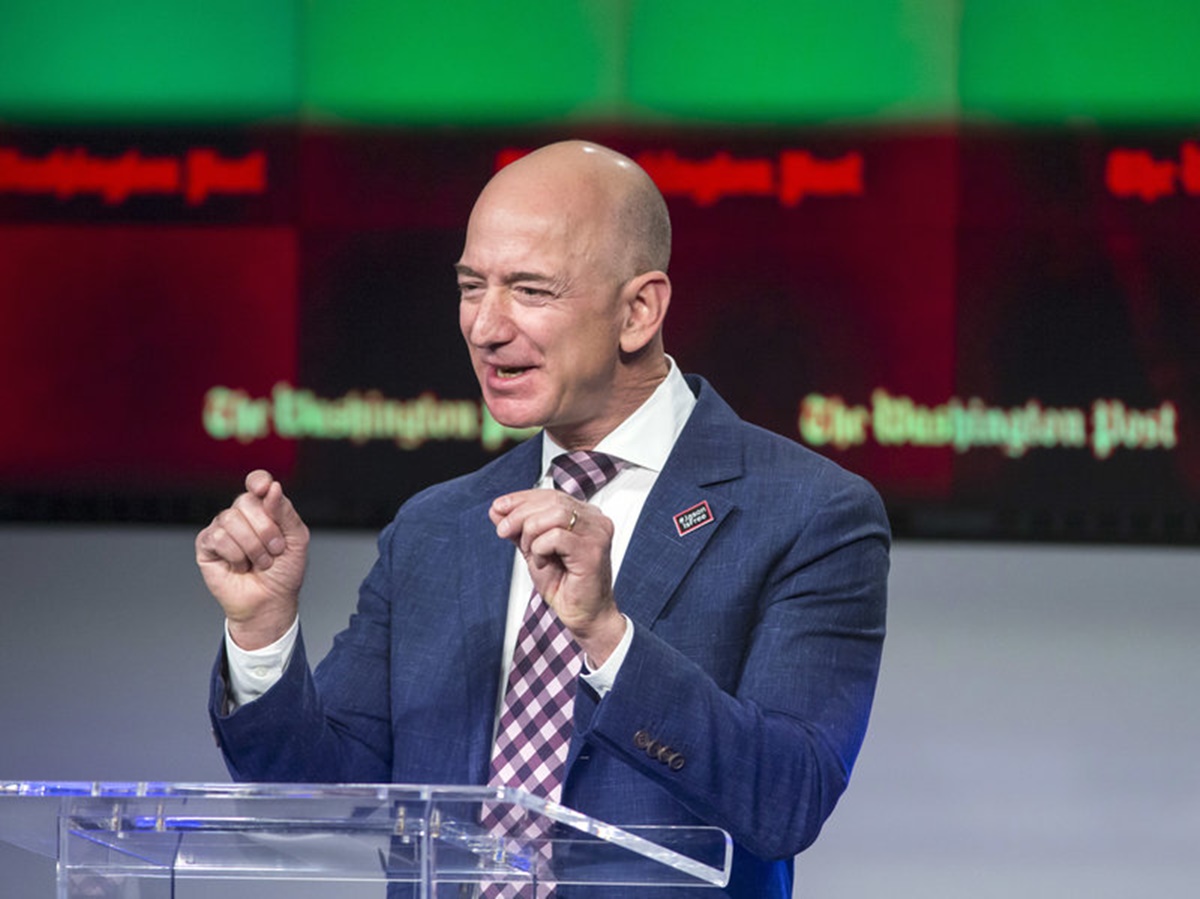 Everyone knows what Amazon is now, but most don't realize it's got a lot of gaffes on the way. Which include the Fire Phone, the biggest mess in Jeff's history; Register, their retail credit card processing service; Amazon Local, the Groupon-like deal platform – all of which were massive failures.

“The death knell for any enterprise is to glorify the past – no matter how good it was.”

But risk can come in any way – Jeff also made bets that paid rich dividends, including Kindle e-reader, Amazon Web Services, Data Business Center, and its third-party online marketplace. In Jeff's words, "Bold bets pay for a lot of bad luck. I made billions of dollars of mistakes at Amazon.com. We can't be in survival mode. We've got to be in a development mode.”

“Your margin is my opportunity.”

Assessing the market, Bezos scoffs at the concept of concentrating on the margins and managing them in such a way that you produce profits. Instead, as I described above, he uses whatever income surplus exists to further rising prices and invest heavily in the business.

On top of that, he's not working on the conventional "earnings metrics" that can be distorted easily. He focuses on the absolutely free cash flow of the dollar; this is what matters in the long term. Now, just to be not confusing. This does not mean that he deems the financial figures that show the health of a company as unimportant. This means that he is able to forgo gains in the short term so that he can produce huge positive cash flow in the long run.

“The customer is the king. Period.” 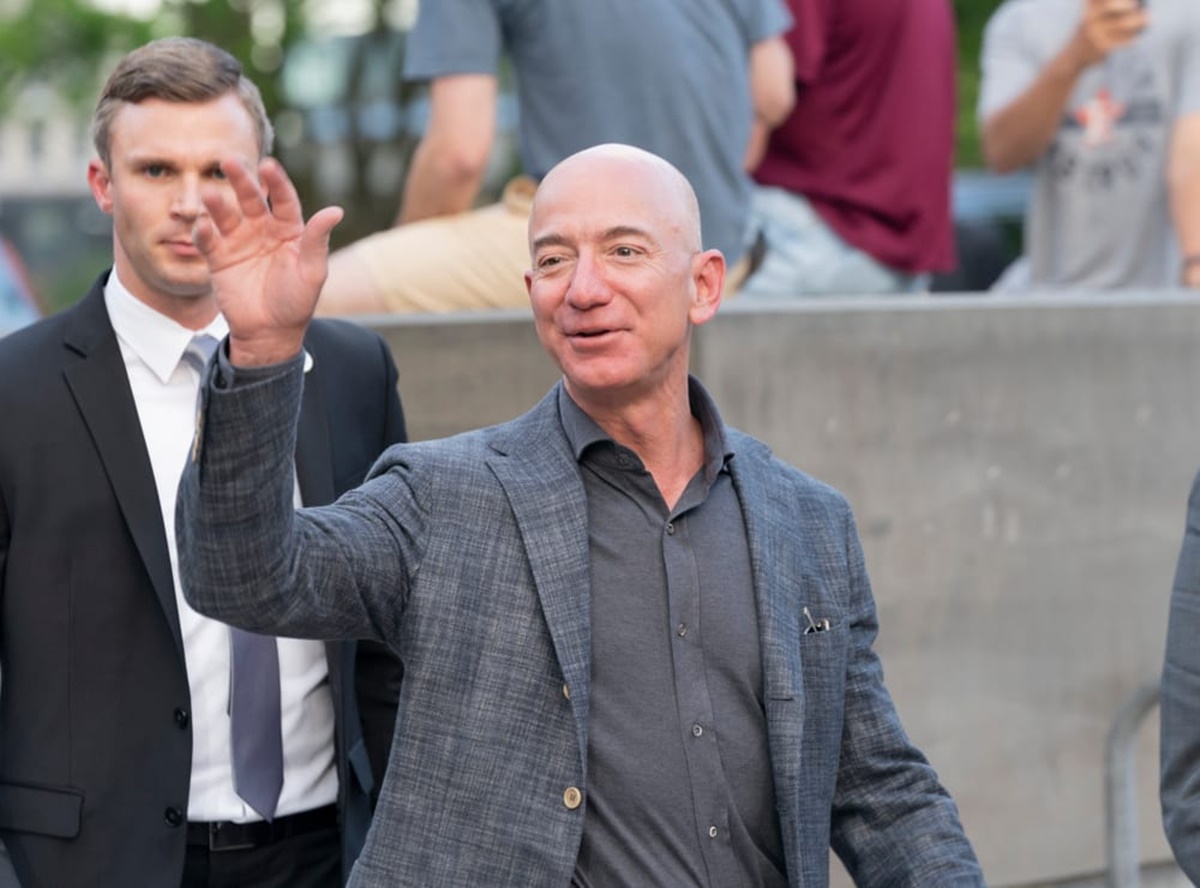 Twenty years of e-commerce operations have been a success, considering that thousands of e-commerce sites have come and shut down in that timeframe. Yet Amazon is still standing there at the top of the mountain.

“We see our customers as invited guests to a party, and we are the hosts. It’s our job every day to make every important aspect of the customer experience a little bit better. Start with the customer and work backward.”

This may have been due to Jeff's loyalty to his customers. He once told in an interview that a happy consumer in the physical world would tell their experience to five people, while an angry customer would spread their bad experience to 5,000 people in the digital world.

“If we can keep our competitors focused on us while we stay focused on the customer, ultimately we’ll turn out all right.”

Walking to the bank, Jeff knows that his fortunes are the end product of his years of persistent effort. So, for any budding entrepreneur who's looking to make it big, use these takeaways as markers to make your path to the pinnacle of success.

“You have to be willing to be misunderstood if you’re going to innovate.” 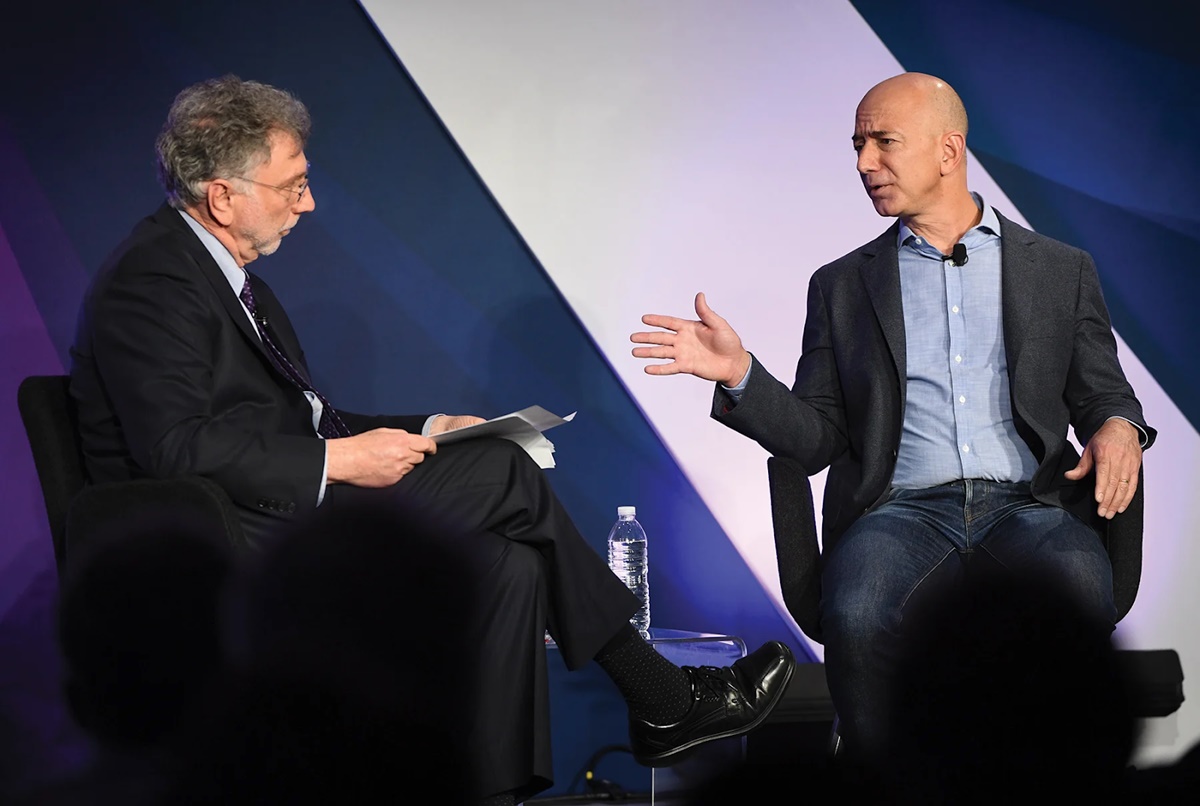 Adding on the previous argument, if you're willing to invent, gamble, and make big decisions, it's likely that most people won't understand your ambitions, and they may even ridicule you. Occasionally, in order to win big, you need to abandon a consensus view and follow a more inconsistent approach. You need to go where other people don't want to go. Something like this takes tremendous bravery and a very long-term outlook, qualities that Jeff Bezos definitely possesses.

“Take criticism in good stead and keep working towards improving.” 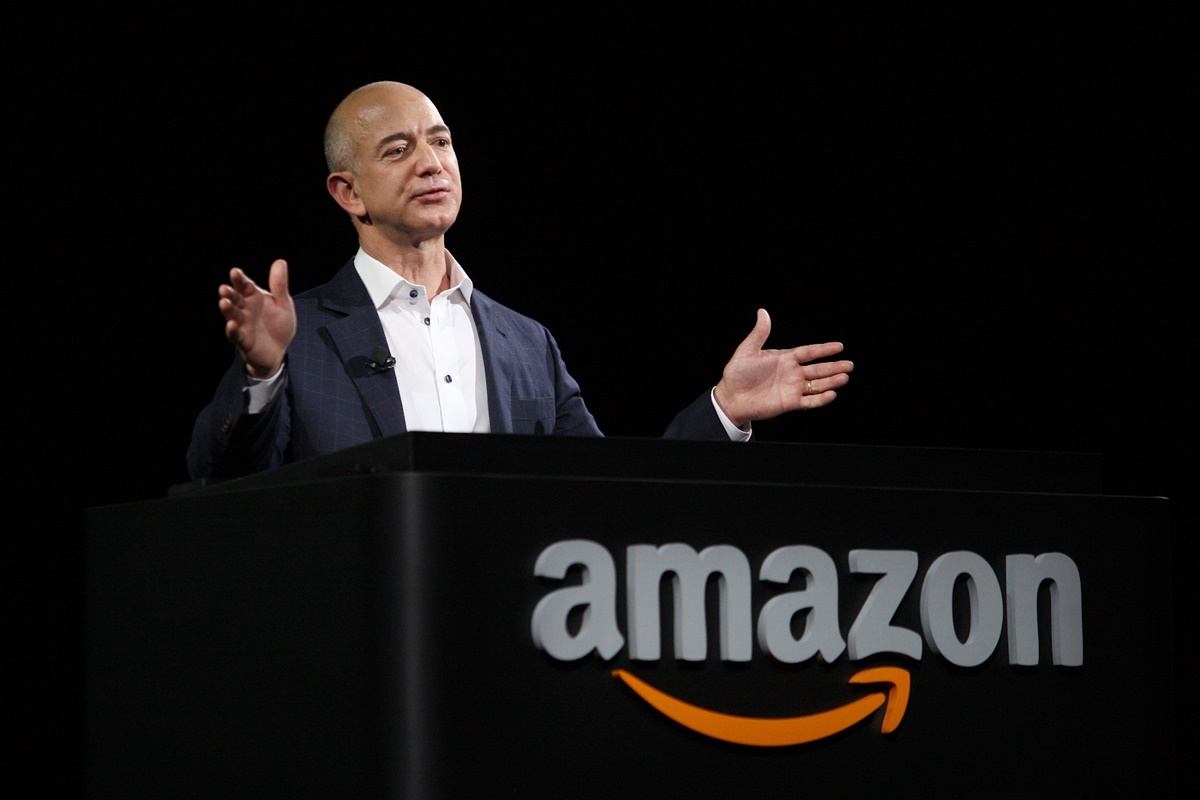 Adored and watched by millions, Jeff still has a lot of naysayers and critics who keep writing off the tycoon and his projects. His critique is very simple: you take what you can do and forget the rest of it.

“If you’re doing anything interesting in the world, you are going to have critics. You can’t stop it. Move forward. It’s not worth losing any sleepover.”

The bigger waves you generate in the business world, the bigger the ruckus your critics make. There is no way around criticism, particularly if you want to try something fresh and interesting; embracing criticism is the only way forward. 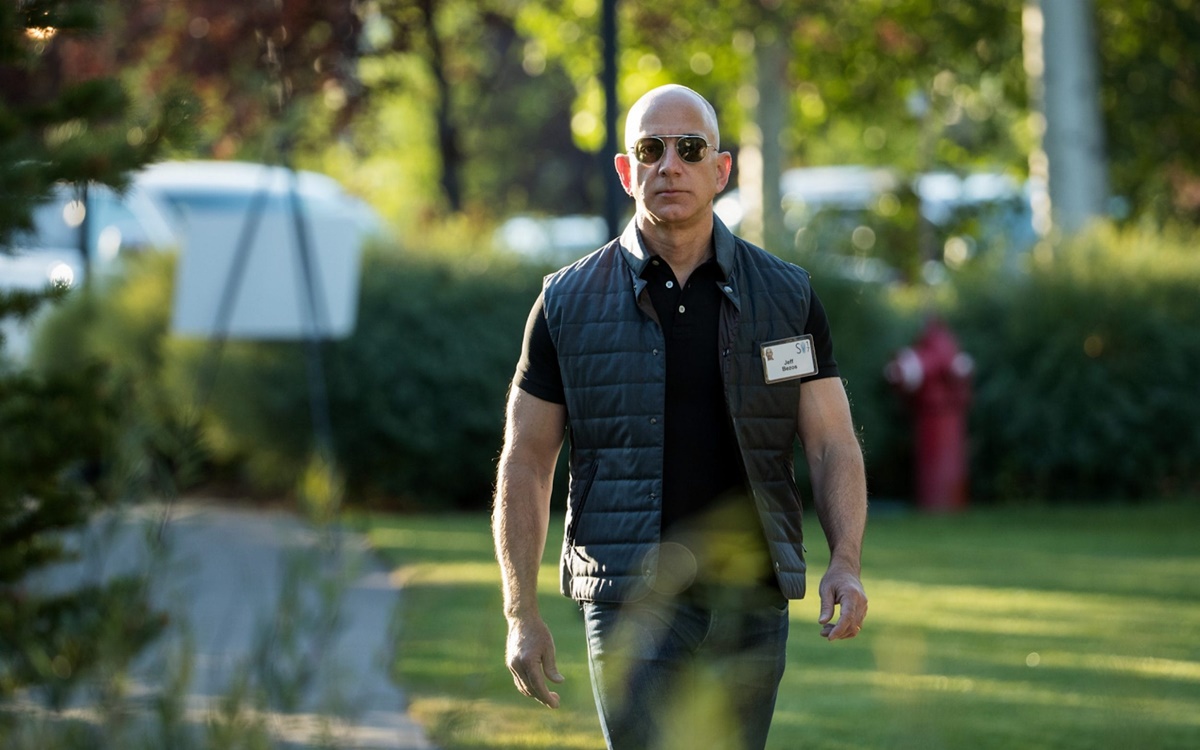 Jeff Bezos is a brilliant businessman and visionary entrepreneur who has changed the world and disrupted the way business operates. In this article, I address some of the many quotes that Jeff has shared with the world over the years and broke down the insights that lay in these pieces of wisdom.

By focusing on customers, being willing to experiment, and taking a long-term view, Amazon has become a massive market force and is on every way to become the first trillion-dollar company.

Sources of quotes in the article: