Have you ever bought something and when you got home, you started wondering why you bought it? Or have you doubted the salesperson that he might have used some tricks to force you into buying what you didn’t intend to buy? If you have experienced this mind-twisted feeling, you might have been onto something called “the foot-in-the-door technique.” This technique started from a psychological trait, has developed into a popular sales tactic that helps salesmen engage many potential customers.

In this article, we will dig deeper into the concept of what foot-in-the-door is and how this technique can influence customers’ buying behavior and mindset. 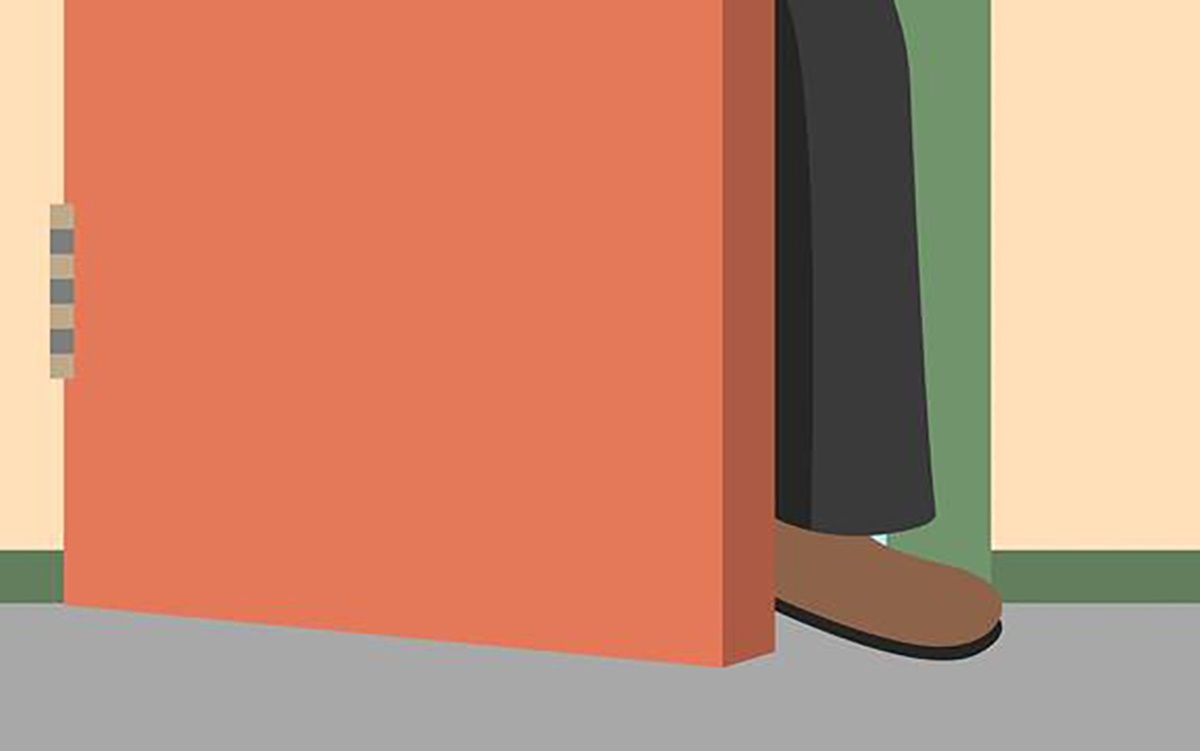 The foot-in-the-door (FITD) technique is based on the idea of getting people to agree to a larger request by agreeing to a small request first, while they might not accept that large request if not being asked outright. The saying refers to a situation where a door-to-door salesman usually uses his foot to keep the door open to make the customer listen to his sales pitch.

The technique works through the connection between both sides involved in the situation. When that modest request is accepted, the person who agrees might feel like she’s bound to coincide with a more significant request to maintain her original decision.

The history of the Foot-in-the-door technique

In 1966, one of the very first scientific studies on the compliance of the FITD technique was conducted by Johnathan Freedman and Scott Fraser of Stanford University. The two psychologists were trying to prove that the acceptance of small requests can result in the agreement on larger requests. They asked a researcher to go door to door in a California suburb to tell the homeowners to hang a small sign saying “Be a safe driver” onto their windows. And of course, who would have rejected that harmless and goodwill request?

In the next two weeks, they had a different researcher go asking for homeowners’ permission to put a large and ugly signal stating “Drive Carefully” on their lawn. The request was made to both the same and different set of homeowners. The returning results were shocking: only 17% from the new set of homeowners had agreed to put the large and ugly sign, while 76% of homeowners who had agreed to the small request two weeks earlier said yes that time. And these findings had supported what they had questioned.

In this case, the compliance might have changed the homeowners’ self-image. For instance, when a homeowner agreed to hang on the small “Be a safe driver” sign, he might have considered himself a person who was aware of traffic safety. Therefore, it would not be strange when a person who cared for traffic safety displayed the “Drive Carefully” sign on his lawn despite the sign being not so attractive or appealing.

The FITD technique can also be considered a successful compliance technique. Researchers have found that the most explainable theory behind this pattern is the self-perception theory developed by Daryl Bem, a social psychologist from Cornell University. In his theory, he claimed two things:

The compliance of small requests may be taken just because it is easier to refuse the requests rather than confront some potential risks. When we accept the requests, we may feel like we’ve done the person a favor, which leads to the self-perception of generosity and possible acceptance of further larger requests. And as a result, we feel obligated to make a larger request, although it might not be as rational as we’ve standardized.

Real-life applications of the foot-in-the-door technique

The foot-in-the-door technique is still a common persuasion method to convince people to take a set of actions that they might object to or not plan to do in advance. The method is now sensibly leveraged to many different forms that you may not realize that you’re being “tricked” into them.

In real life, many fundraising campaigns use the FITD technique to call for donations. A highlighted example was the successful online fundraising campaign run by Howard Dean for the Democratic nomination for the 2004 U.S. presidential election. Unlike other politicians who attempted to seek larger donations of thousands of dollars at once, Dean aimed at several Americans who were willing to give from $25 to $100 only. This was surprisingly beneficial as small amounts from several people could add up to a large sum of money, not to mention that Dean could re-contact those who had donated $25 to request for another $25, willingly. You see, once a person donated, it means he or she had supported Dean’s campaign and would be more likely to agree to another donation request.

The FITD technique is also frequently used in technical applications. Pottery Barn, an American upscale home furnishing store chain and e-commerce company, launched a 3-D AR Room View app to help you virtually visualize its furniture in your house. You can pick a piece of Pottery Barn furniture and virtually placed a life-sized rendering in your house, with product colors, sizes, or any attributes customized to your preference. This interactive virtualization tool not only gives designing suggestions to customers but also provides a source of inspiration for house decorations. The tool also sets a premise for making the customers more invested in the products and designs, which will later result in potential conversions.

The foot-in-the-door technique in sales, marketing, and business

In building your sales and marketing strategies, the foot-in-the-door technique is a powerful tactic to engage your customers’ small actions that can later result in bigger actions. Their first small action is a sign of commitment to your business, while their following actions show their consistency with the initial one. The core idea of applying this technique to your marketing strategy is to proportionately identify what makes your customers committed and consistent with their actions.

The following are some examples of how the FITD technique is smoothly transitioned into sales, marketing, and business.

This is how traditional salesmen convert a random person on the street into a potential customer. First, they will randomly ask a passer-by a simple question to start a conversation. The question might be about what products she is using and how frequently she uses it, which will only take a word to answer. Then, they will try to lengthen the conversation to get more in-depth information, understand the person’s insights, and attempt to direct her loyalties to their company.

The traditional sales method is still seen until today, but the currently trending sales boost approach is more frequently applied for online businesses. The core idea of the approach is to get your customers to quickly say “yes” to a small request - for instance, agreeing to sign up for a free trial of a service. The free trial is a smart strategy to get your customers engaged and examine your service in advance. Once the small request is successfully approved, you can jump straight into offering a larger request, which is asking your customers to subscribe to the monthly/annual plan or make the one-time purchase.

Another form of the FITD technique that we may have been approached but were not aware of is, surprisingly, mailing lists. The technique is frequently used by many online stores to re-introduce the products to their website visitors. First, they may ask the visitors a small request to provide their email to get more useful information or vouchers. And after adding their email address to the mailing list, stores will re-market their products to these audiences whom they believe to be potential buyers.

Customer testimonials are an unexpectedly powerful marketing strategy that has been widely used among today’s marketers. The method has later advanced into a recently trending form of marketing: influencer marketing. First, you will offer a verified customer or influencer a sample of your product, and pay them to promote your product and give feedback (mostly positive ones). Then, this feedback will be quoted and used as a testimonial to give credibility to your brand.

When doing a job hunt, you may have aimed at a particular position in a certain company. But the path to getting that position is not easy, and you’re completely sure that your current ability cannot reach the requirements for that position. In this case, to keep the opportunity, you can consider applying for other positions in the company that are more suitable for your ability. And after you get accepted, you can later propose your desire to your manager and ask if you can apply for a different position in the company. Since you’re an official employee now, your request will be easier to be approved.

The FITD technique does not work in every situation. To increase the probability of success, the scale of the requests must be proportionate. The initial request should just be enough for the requested person to develop his self-perception and agree, and it should not be too large or else the person may refuse.

Overall, on the macro level, the foot-in-the-door technique is applicable to salesmen and anyone in any situation. The technique has been proven to be effective in gaining compliance and further development of this compliance into other advantages. You can use the knowledge learned from this technique to persuade others, or even avoid being persuaded into making decisions that you didn’t intend to.

In other words, the understanding of the foot-in-the-door technique can benefit you either way. Under proper implementation, it can help you improve the progress of your work and other external communications.