Despite other games rising over the last few years, League of Legends has been the face of e-sports for quite a long time, so it is useful for business owners to know why the game has been able to hold such prominence for the better part of the last decade. As a burgeoning field with more and more money coming into it on an annual basis, Esports is rising to overtake traditional sports to some extent, and this rise is an important context in which the popularity of League of Legends is born.

There are a multitude of factors that need to be discussed, such as global popularity. The main driving forces behind Why is League of Legends So Famous will be explored in-depth, and will give all players a greater understanding of both the game's historical and current status.

What is League of Legends 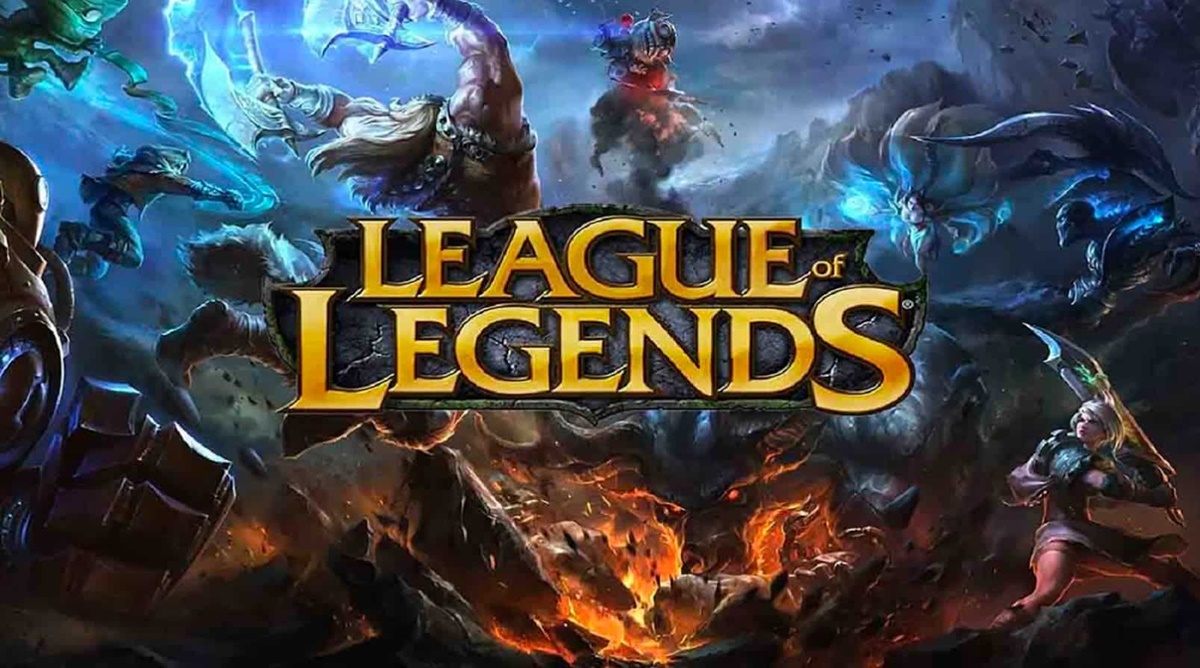 League of Legends, also referred to as League or LoL by fans, is widely loved given its rather complicated structure. When you're watching League, you need to grasp the basics before you can learn the complicated things. 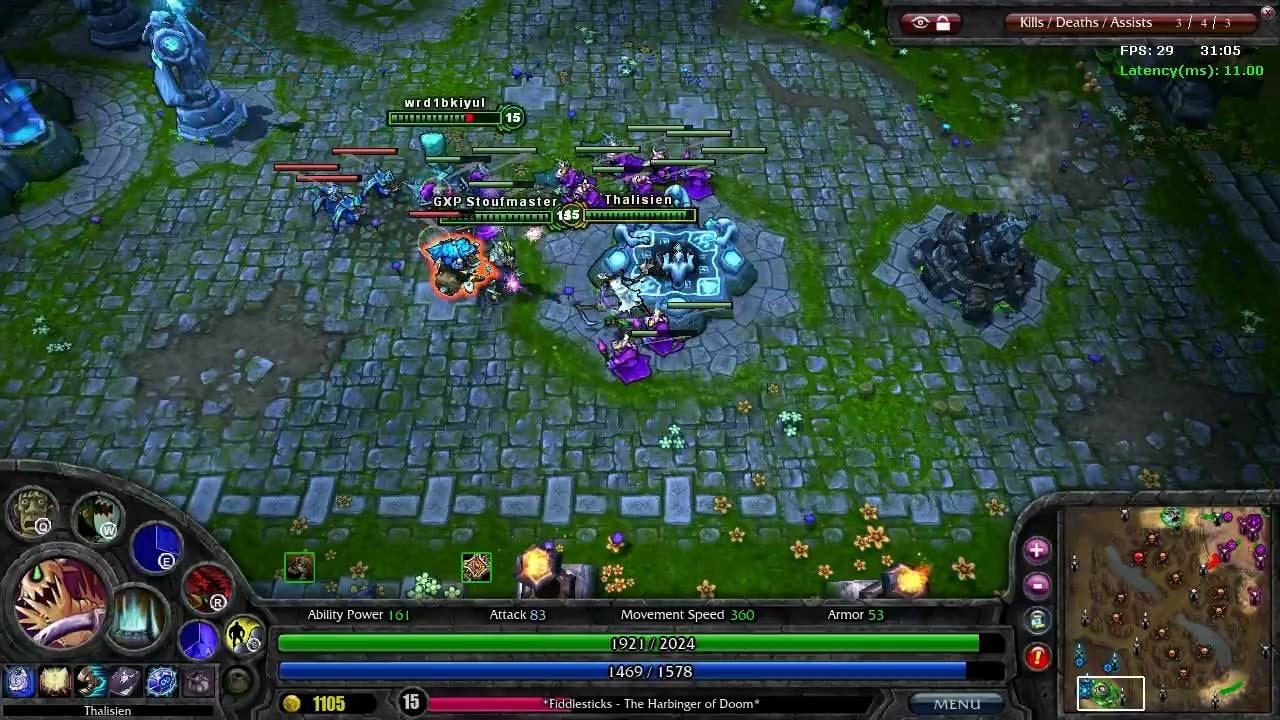 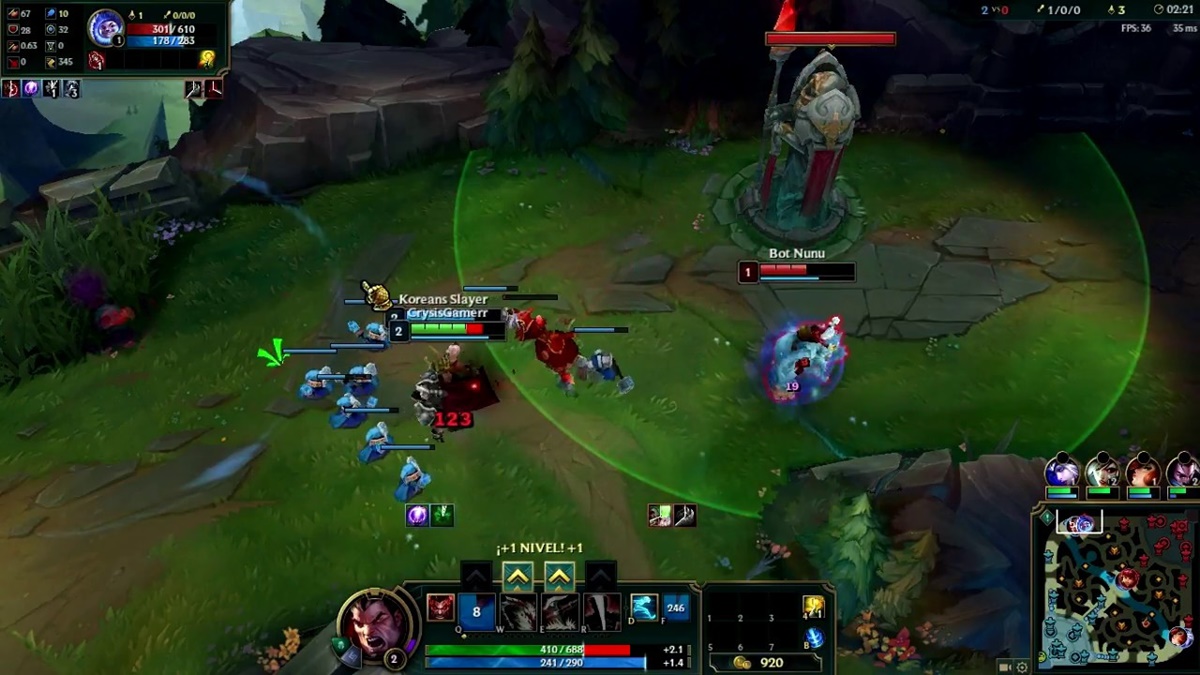 What distinguishes League of Legends from other games boils down to a number of gameplay features that can't be found anywhere else. Here's a fast rundown of some of the more common features of the League of Legends that make it such a success for competitive players:

What Makes League of Legends So Popular? 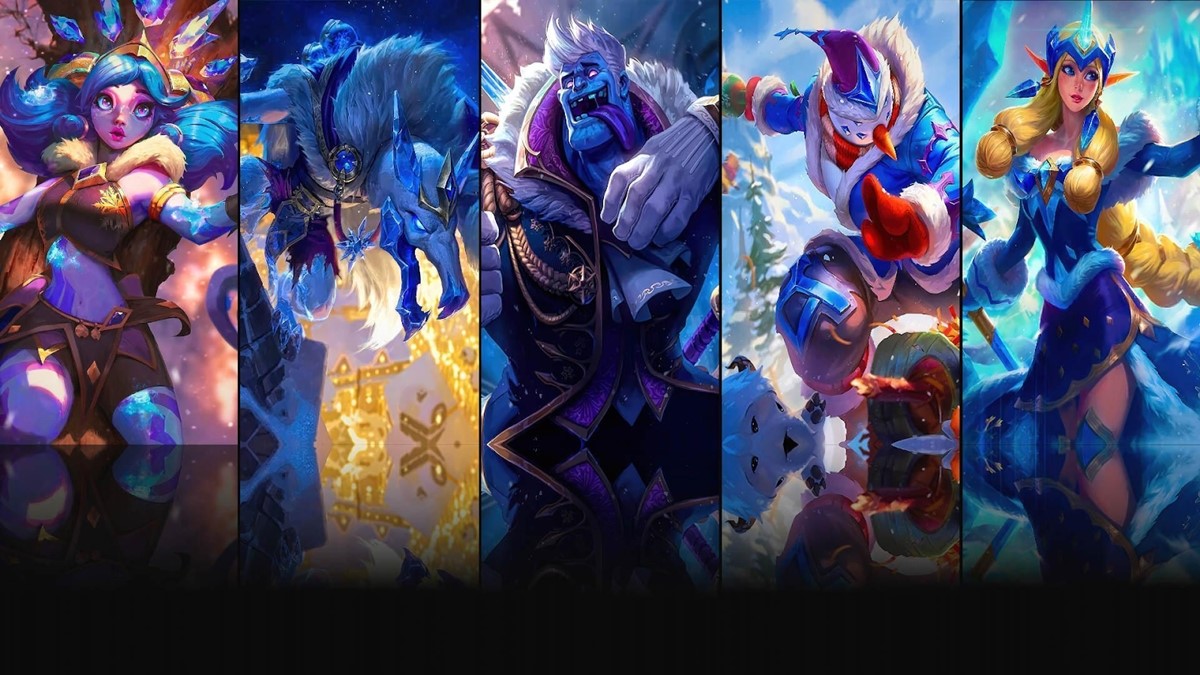 When League of Legends came to the market in 2010, its concept was totally different from all the other games on the market, and if you'd told most people that it'd grow to be the most popular free game ever, they'd probably laugh at you.

Traditionally, players should have purchased a game for a flat fee. Some MMO games will charge players with a monthly subscription fee to cover server costs and upgrade creation. Some games would release a paid DLC, but it was a foreign idea to give away the game for free. After all, the aim of a business is to make money.

Mobile games were beginning to get popular about this time, and games like candy crush claim to be 'free to play' but actually fall into the 'pay to win' category. It ensures that players who put real money into the game achieve an unfair advantage over players who don't.

To make the League of Legends famous, their team ensured that players would not gain an advantage by putting money in the game. Their structure consists of a currency called Riot Points, which players can get at a real cash exchange rate. It can be used to unlock new champions (although they can be unlocked by playing the game), to unlock their favorite heroes with new skins, or to unlock summoner icons and ward skins.

A free-to-play game appeals to a lot of people, making it incredibly popular, but many players end up spending more money on skins than they can pay for in subscriptions!

This genuinely free to play model is part of the reason why the League of Legends is so popular. If you're bored and want to play a new game, it's easy to download and try.

Another explanation why this free playing model is so popular is that a lot of people are hesitant to try a game out, fearing they won't like it and end up $30 down. For League of Legends, though, people can play a few games to see whether they like it or not, and then share it with their mates without pressing them to buy it. This triggered a massive increase in popularity after the release of the games, and since then, the popularity of the game has kept on snowballing faster than the fed Zed.

A total of 360 million hours of live e-sports were watched at the recent 2015 World Championships, with average viewers watching for at least one hour per session. Viewing records have broken any other game. Why did this popularity come about, and how did word-of-mouth play a part in this?

1. League of Legends creates Rankings and ladders that challenge players 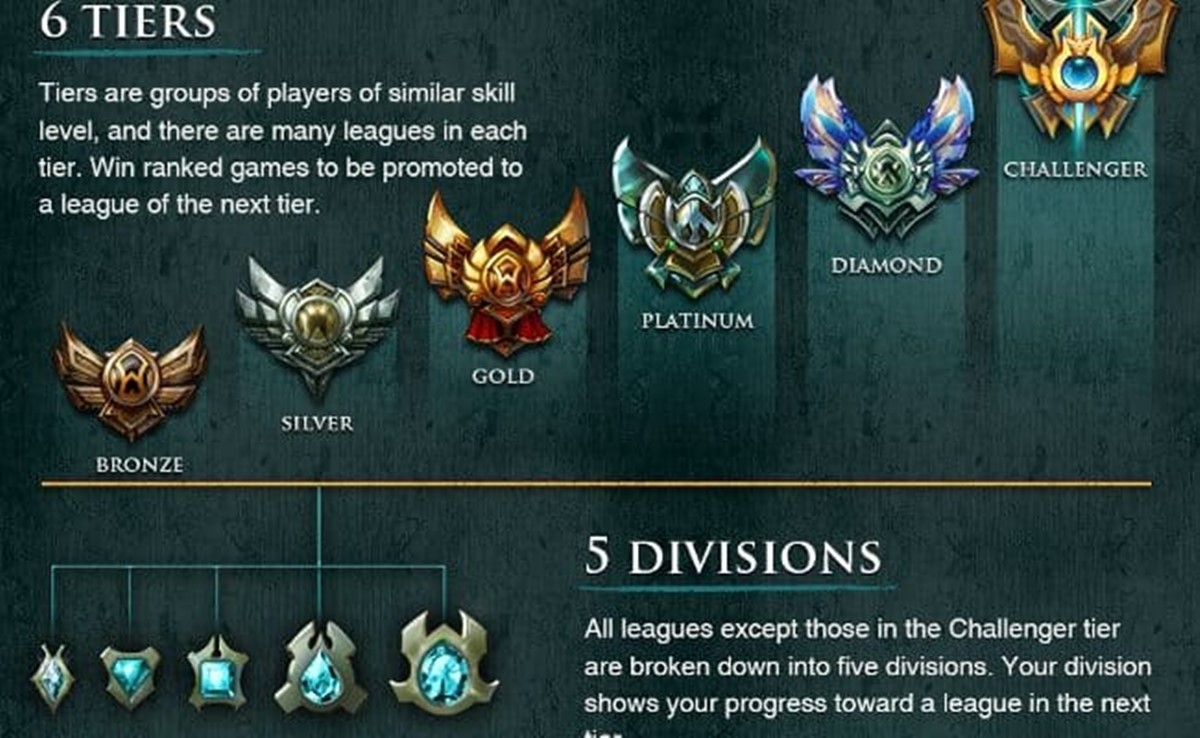 League of Legends has a 6-tiered ranking structure that allows you to leap to various ranks when you have earned a certain ratio of wins to losses. Players then play inside the rank to compensate for skill level. Players may also choose to play normally without participating in the ranked system, which allows recreational players to have fun and enjoy the group. 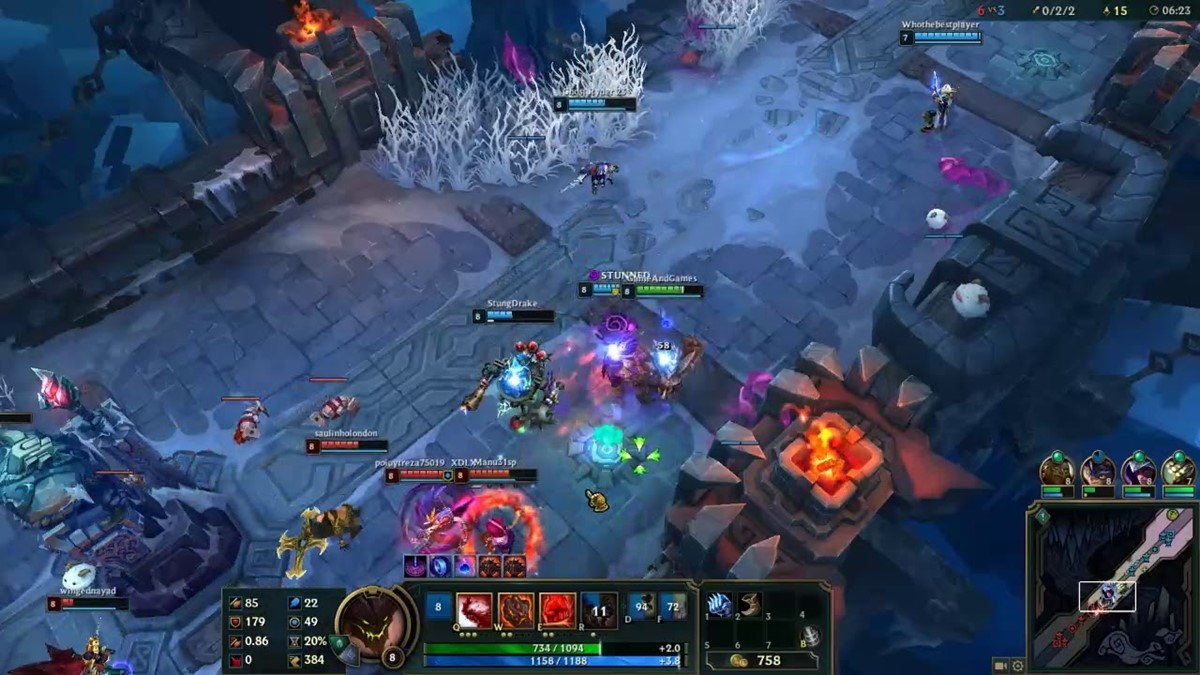 League of Legends is a team game with the most common 3v3 or 5v5 formats. Although you can use solo-queue or duo-queue options to play with strangers, once you start playing League of Legends, you'll want to join a team or even create one yourself. A team of friends who interact well and understand each other's styles can do a lot better than a team of strangers. And here's the clever bit: once you start playing with your mates, you'll start getting messages and invites from your mates to play more. You don't want to miss out on that, right? 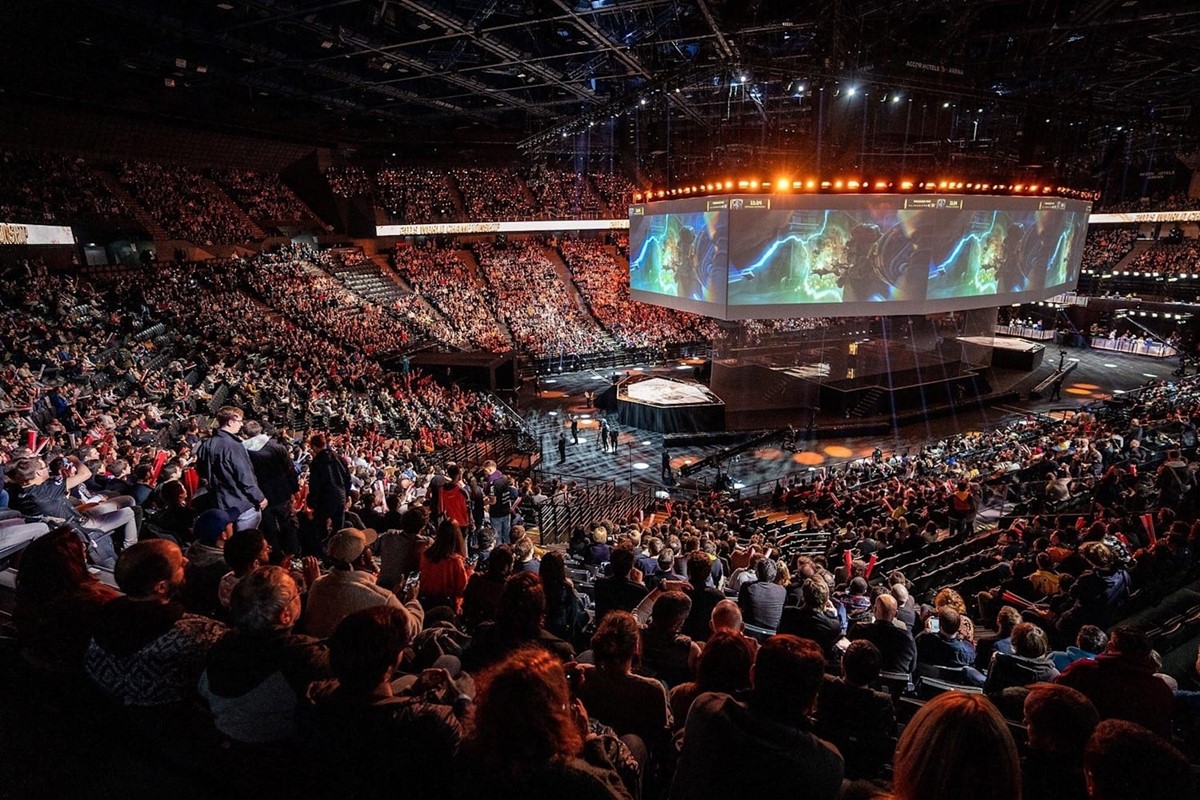 Since League of Legends is also incredibly exciting to watch, it has established a very competitive gaming scene, combined with prize pools worth millions. Competitive teams from China, Europe, Korea, and the US have developed cults followed by millions of gamers and sponsored by huge companies. They play in stadiums filled with thousands of fans–some describe them as the rock stars of the gaming world. Huge viewer numbers are also pushing up sponsorship. Aside from larger tournaments such as Worlds, there are also several smaller regional tournaments for casual and semi-pro-players to try their luck.

4. League of Legends has a strong player community 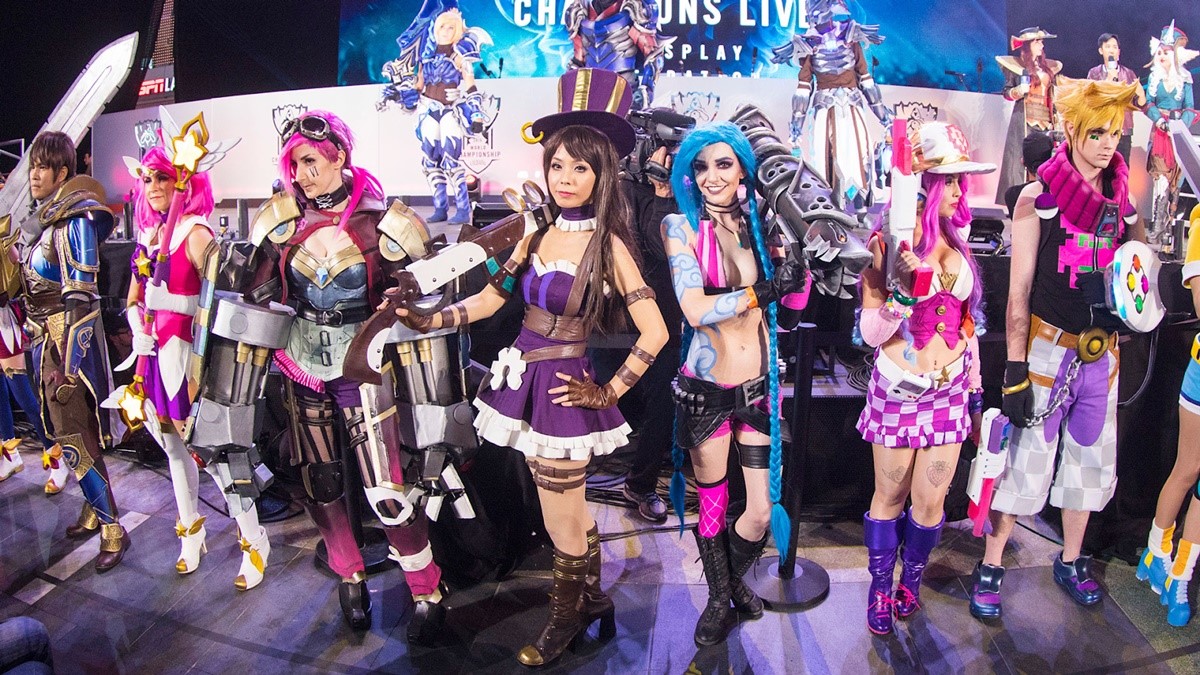 League of Legends has a huge community of players. Pro players stream their games and gain large followings, and even some casual players have common streams where they try new tactics or just have fun online.

Many players get into the group by watching streams first, and then trying the game out – a perfect example of word-of-mouth advertising. There are also forums and subreddits where players discuss the new megame, the latest updates, and so on. Many coaches or commentators also have their own common League of Legends podcasts.

The sense of community brings the fans together and motivates them to stay up to date with the latest developments in the League of Legends, creating a very strong sense of belonging and loyalty to the game.

5. League of Legends keeps coming up with new things to refresh players’ experience 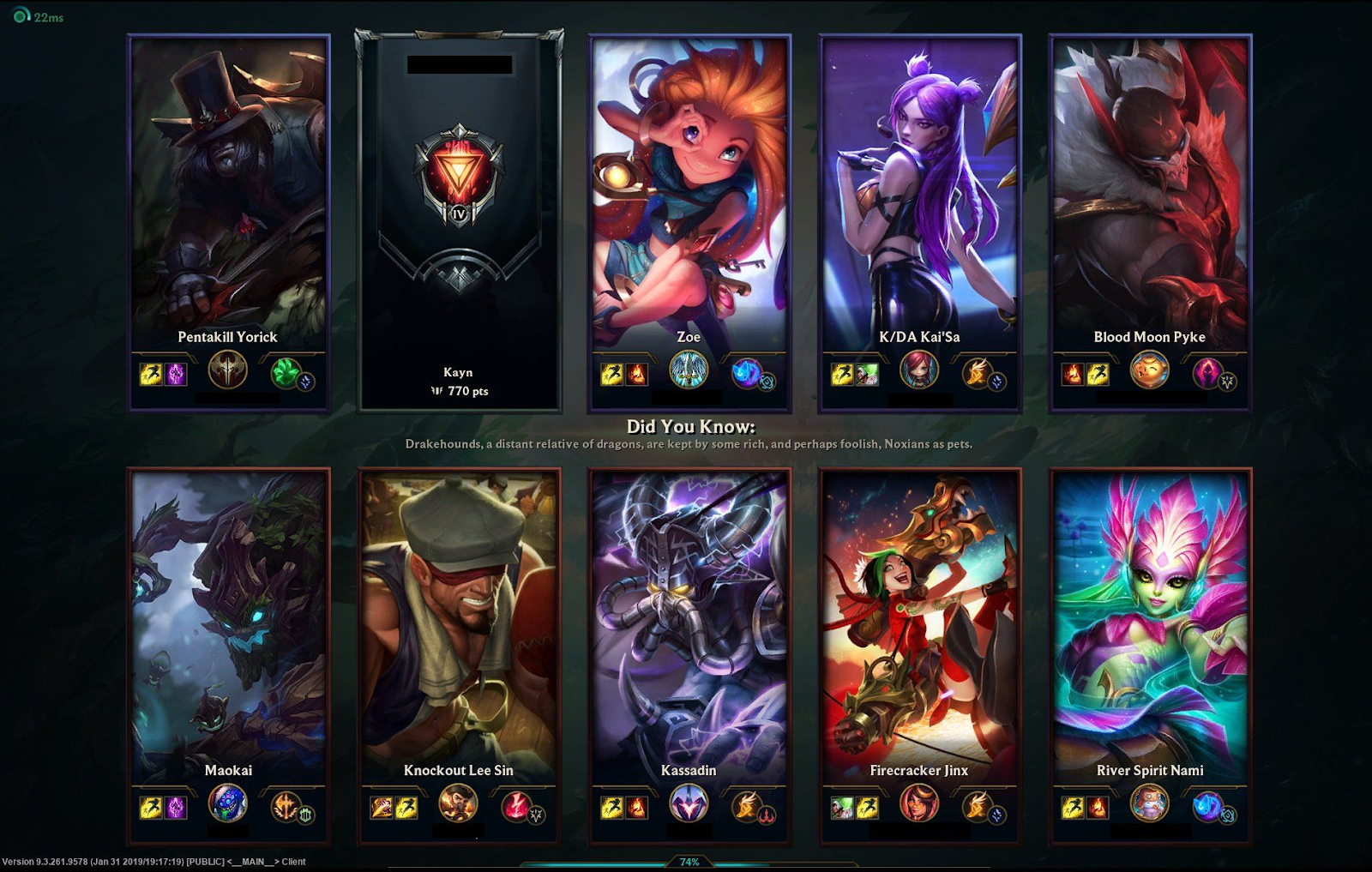 Riot, the creator of the game, has kept up with the challenge of making the game flexible and interesting. Every major patch has led to massive changes in the megame, which dramatically alters the gameplay and forces its players to adapt their strategies, keeping them exciting and new. These also produce new champions, but can often shift the nature of the game and cater to various skill sets. It encourages players to still try and experiment with new tactics after each transition.

6. League of Legends is more enjoyable than other MOBAs 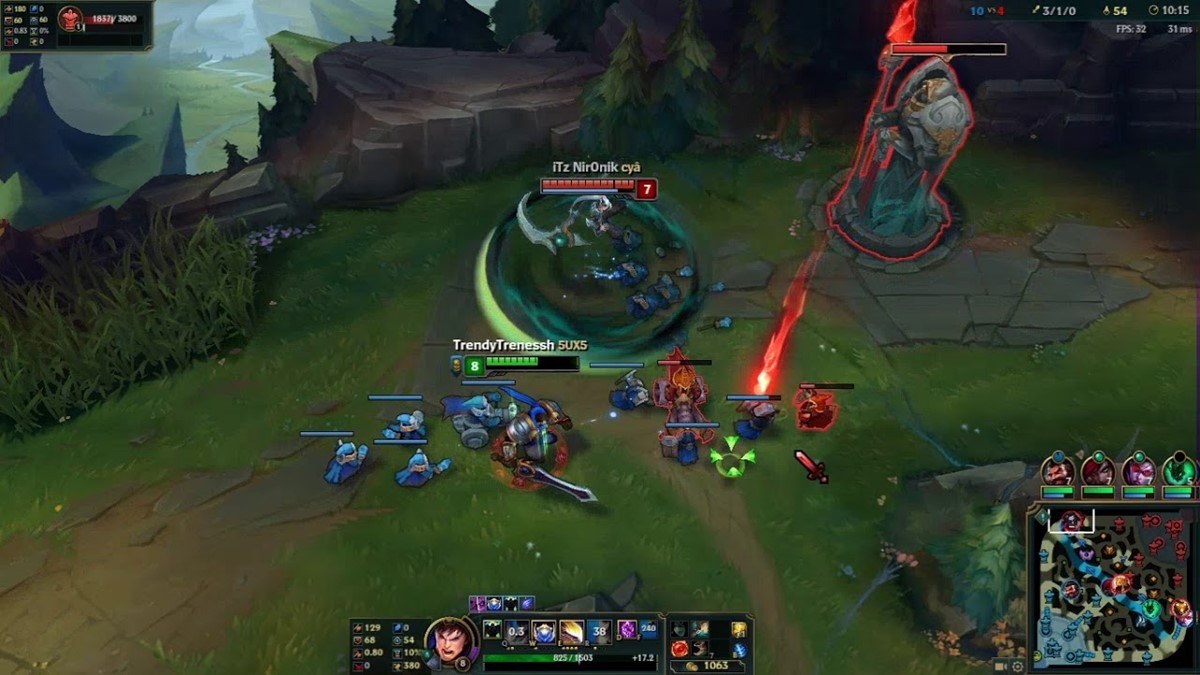 Also though the gameplay looks very similar to DOTA 2 and other MOBAs (multiplayer online battle arenas), the mechanics that League of Legends needs, along with the various types of players, maps and many other variables, make it an incredibly unique game. From visuals to such things as the champion's personalities, League of Legend has built an entirely new paradigm within e-sports and has effectively separated itself from its major competitors.

Most League of Legend players started from other MOBAs, but they were drawn to League of Legends either because of the enjoyable gameplay, visuals or, most commonly, because their friends were playing the game and wanted an extra team member. 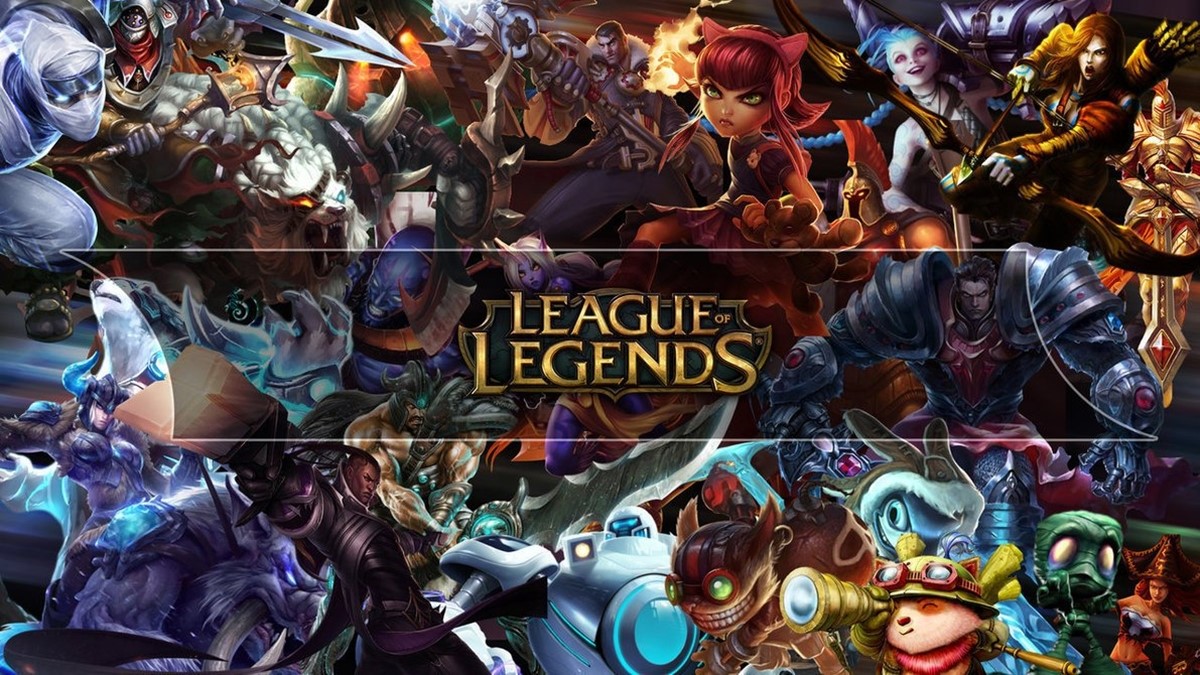 Although none of these reasons are absolute, taken together they offer a better view of how exactly the League of Legends became so successful and how it will most likely remain so for many years to come.

I hope this article has given you valuable insights into why League of Legends is so popular, and if you have learned something from this game, go and apply it to your business now!