In the last decades, the world has experienced a boom in online shopping, and eCommerce continues to expand. The revenue records of the previous year are broken every year. Millions of online businesses are started every day since eCommerce offers incentives that business owners may not otherwise have. Individual entrepreneurs who produce items at home, such as art pieces or handmade crafts, used to have very few options in how to market their goods.

But today, an online store is by far the simplest, most profitable way to approach and sell to consumers all over the world and provides much more possibilities for the visibility that business owners need to develop their companies. With eCommerce being so big, there're a lot of options for creating your online shop. 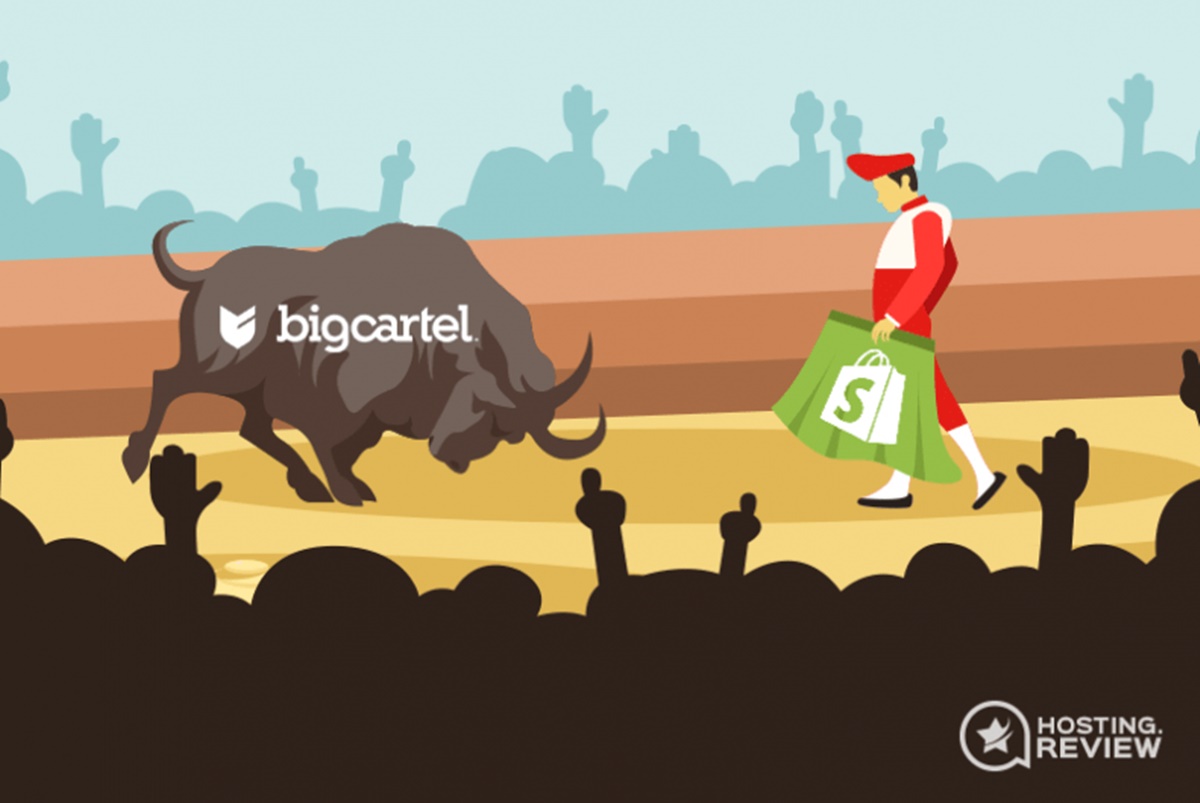 Merchants all over the world sell useful goods, bringing their own imagination to the public. That's why they're still searching for more and more options. Among many options to create an online store is Big Cartel vs Shopify, and the common question is which one comes out on top.

With all the artists, painters, photographers, craftsmen, and writers, Big Cartel seems to be the only way to make money to fulfill their desires and passions. But why do so many traders want to move away from the Big Cartel? And how does Shopify support traders with features better than the Big Cartel?

In this article, I will introduce to you how Shopify and Big Cartel differentiate themselves from one another, and at the end of this article, you will be able to choose which one suits you the most. Let’s jump right into the details.

What is Big Cartel? 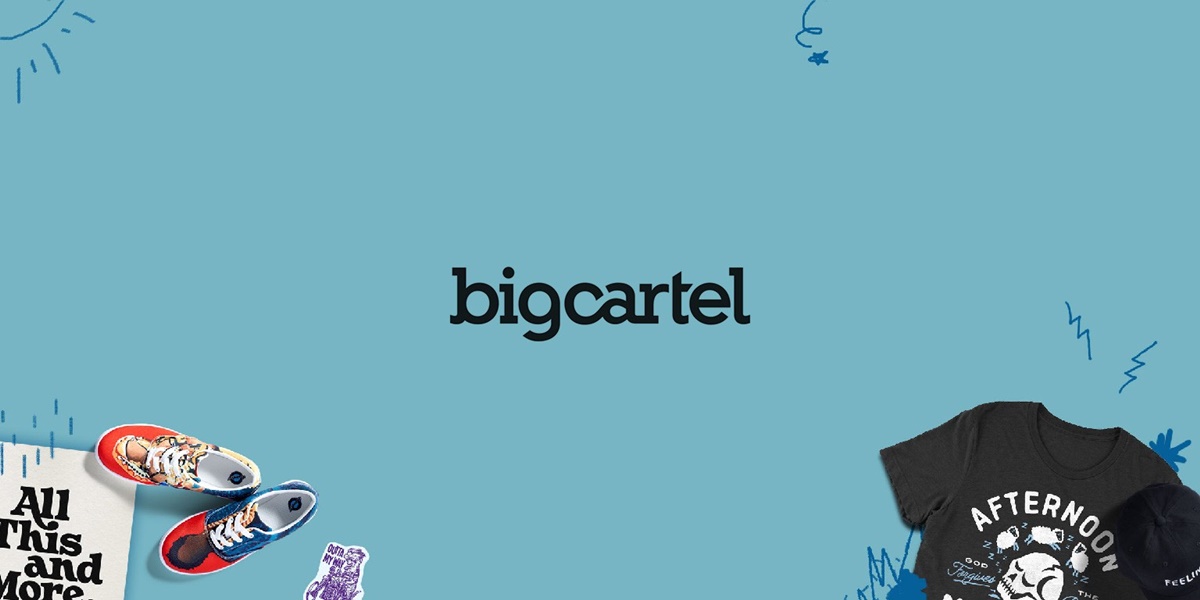 Big Cartel is a hosted eCommerce solution targeted at entrepreneurs and artists such as craftsmen, writers, and designers. It helps any small business or art shop owner to simply build a unique online store. 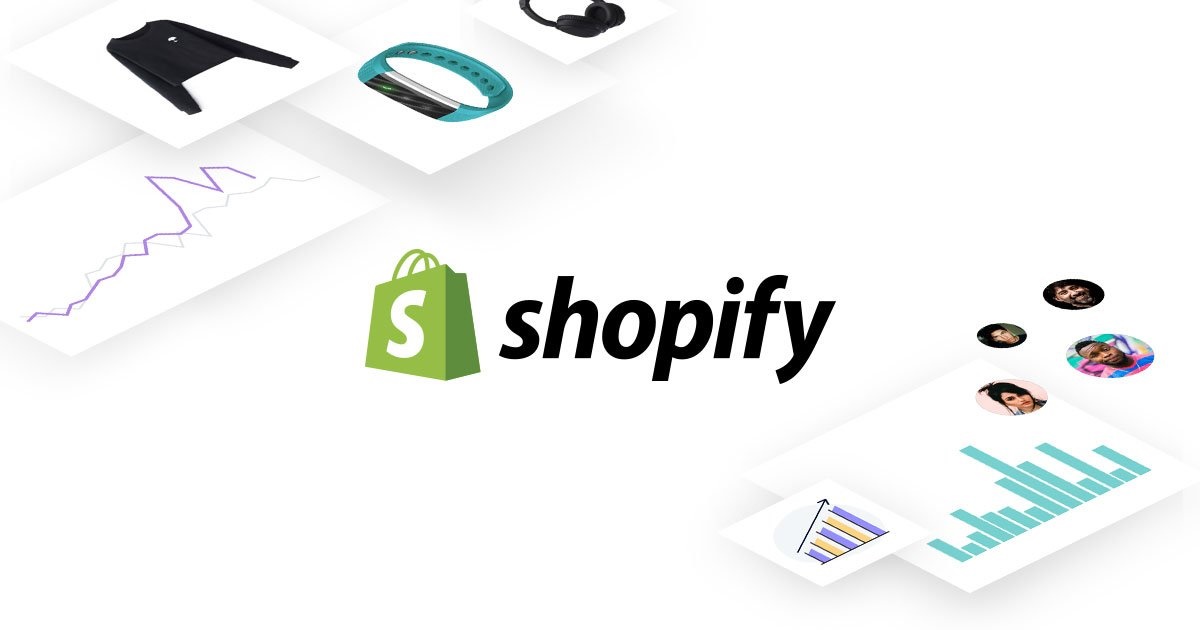 Founded in 2006, Shopify is a fully decentralized, cloud-based eCommerce platform that currently hosts more than 500,000 stores around the world and facilitates over $46 billion in transactions. In reality, Shopify is the world's number-one hosted eCommerce solution.

And this giant is aiming big. Shopify has options for independent boutique shops and even big companies like Neslté or Kylie. Similar to Big Cartel, Shopify provides you with everything you may need to create an online business in an easy, trouble-free way. 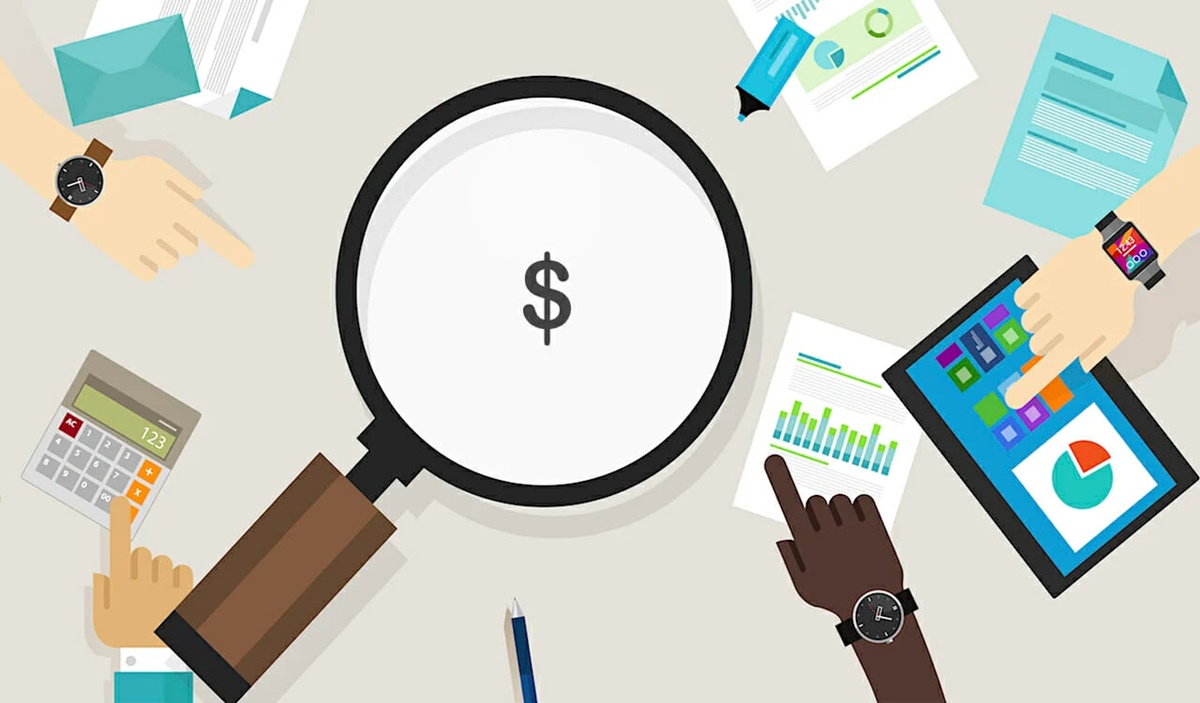 With all of these plans, you'll get a lot of simple features, including free customizable themes and code editing capabilities, online and in-person sales capabilities, five photos per product page, inventory management tools, and a few more. Alternatively, you should seek the free Gold Plan, which provides far more restricted functionality and the ability to sell up to five items.

One of the main differences you'll find between Big Cartel and Shopify is that the latter's advanced plans are much costlier than the former's. Also, unlike Big Cartel, Shopify does not offer a free service plan.

Shopify offers three plans, all of which concentrate on innovative approaches, Big Cartel is a small but independent eCommerce platform. Created by the artists themselves, he obviously understands what each of them wants. Big Cartel claims to give you an eCommerce platform that is not only easy to use but also lets you sell your works.

No matter which plan you select, you will be able to list unlimited items with no extra listing fees. Shopify also provides a 14-day free trial period before you need to sign up for a paid plan. 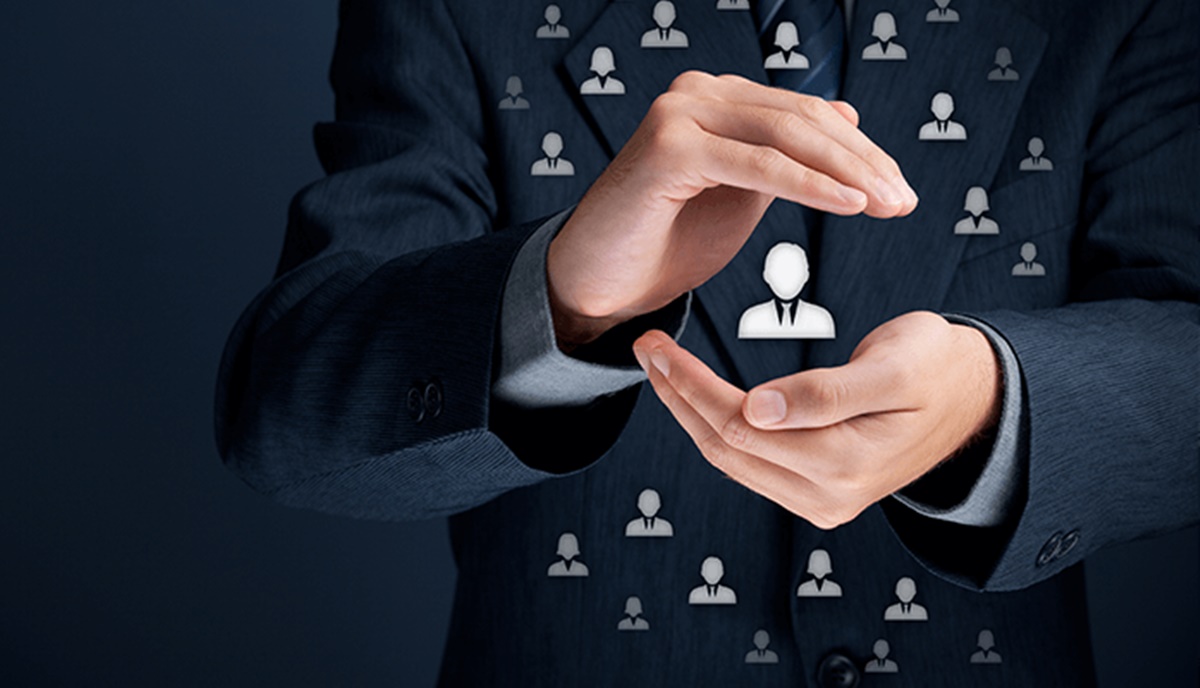 They promote their differentiating features, such as their one-of-a-kind social integration and their integrated POS. As such, they have a massive customer base and a lot of coverage, but their customer base isn't all that centered. It's not really a positive or a bad thing. It's just that.

The Big Cartel is very different. The first thing you'll see on their homepage is, "We believe in the creator," followed shortly by, "Made for artists." This is quite different from the value proposition that Shopify offers. Big Cartel wants to be an eCommerce platform for independent artists. It’s very easy to recognize Big Cartel as their marketing material is typically made of millennials with tattoos.

They refer to their target audience as artists and makers. It's clear the group of people they're trying to draw onto their platform. Their "gang" page also contains silly images of their employees doing what they enjoy. (They also share some of the after-work art of the team).

Put another way, the Big Cartel to Shopify is like what Etsy is to Amazon. Shopify surely can help makers and artists, yet they're not talking explicitly to them. They 're not saying, "We 're your voice," to that group of audience. Big Cartel is. Perhaps this emphasis is important to you. Maybe it's not. Still, there's a strong difference between Shopify and the Big Cartel when it comes to customer focus.

Although Shopify and Big Cartel share many of the same core features of eCommerce, user interfaces are very different.

Shopify's interface is common for an eCommerce or content management system, with left navigation divided into usable areas. If you've used other systems like WordPress or BigCommerce, you should be very familiar with this.

Branding and overall user experience in Shopify are really clean. We have straightforward instructions on how to use each feature throughout, and we relate nicely to their support documentation. We make it incredibly convenient to get going without ever having to talk to anyone else.

Big Cartel, though it's capable of managing basics, doesn't have such a good interface. It uses a non-standard top tab style, concealed behind a mildly confusing iconography. The code doesn't really set out in a way that takes advantage of a wider screen of real estate (see below screenshot). It's just not as clean and seamless as Shopify's. 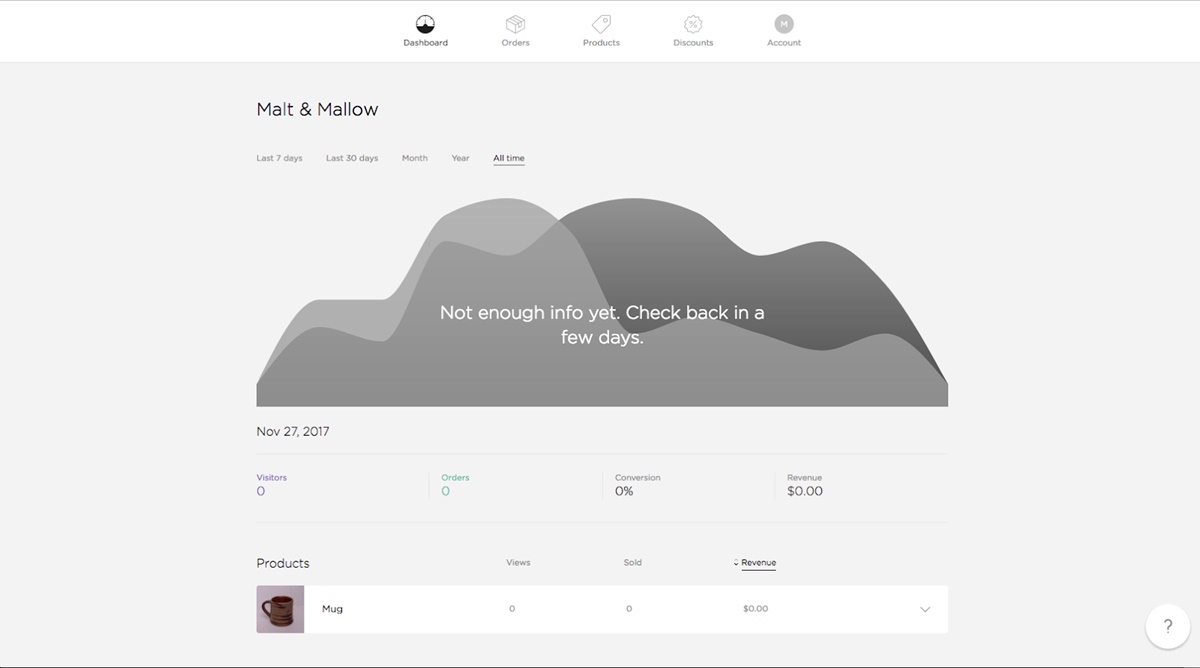 That said, Big Cartel’s user interface is snappy, and it does deliver what it needs to do. It’s not bad; it’s just not as nice as Shopify. And, some users would argue that simplicity is better.

Shopify is still standing head and shoulders above Major Cartel in the integration department because of their App Store. The App Store includes more than 1100 pre-built add-ons and integrations to other platforms. Most of them are very affordable. It makes it so that your Shopify store can be part of a larger ecosystem of technology that will be an unavoidable necessity as you expand. 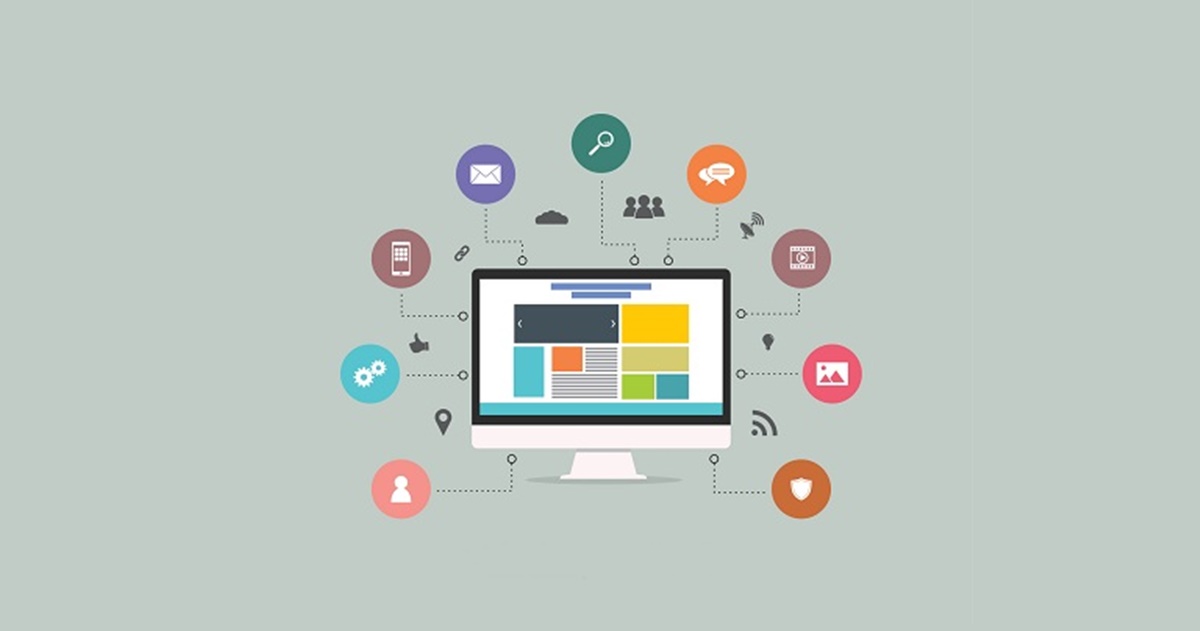 Both Shopify and Big Cartel offer basic eCommerce functionality, such as product catalogues, inventory and shipment management, discounts, and reports.

The Shopify feature not only helps you to accept online payments but gives you over 100 payment gateways to choose from. You'll also get a handy app store with more than 3,000 extensions.

The characteristics of the Global Cartel are more suited to small companies selling individual goods. There are few payment gateways on the platform. You get the most common payment options (PayPal, Stripe, and Square), but all payment processing is not as efficient as in Shopify. Another drawback of Big Cartel is the small number of catalog items that cannot exceed 300 products even with the most advanced Titanium design.

There are, of course, more important features to compare. See the Big Cartel Examples page and the Shopify Features section for further reading. In terms of the feature set, Shopify wins due to its default tools, plugins, and scalability.

Big Cartel offers very little "out of the box" integration. They've got some Facebook integration, but that's all about it. There are also a few integrations (like WordPress) floating around, but none of them are part of an App-Store-like community. That said, Big Cartel does provide an API that would allow you to build integrations.

For someone who never plans to expand beyond a hobbyist or an artist-sized company, the lack of incorporation of the Big Cartel ecosystem can be totally appropriate. But if you have plans to rise, you should think hard about it.

When you choose an eCommerce website designer, customer service is not the first thing you care about. Take your time. However, this argument is still crucial.

The only help platform on the Big Cartel is email, available from Monday to Friday. It seems to be a very hands-off approach to customer service. You may also browse the Big Cartel Aid Center to find answers to similar problems.

Shopify support is far more advanced than that. In addition to newsletters, you can also use social media support, 24/7 telephone and live chat support, professional video tutorials, and forum posts. With such a great choice, you can choose the one that best suits you. The Support Center is open as well.

Shopify is making every effort to make your store stand out. You can find 10 free and more than 60 paid themes on the official Shopify theme marketplace. They are all highly customizable and look sleek and competent. Besides, they 're completely mobile-optimized, so you can customize the website's desktop and browser versions.

BigCartel theme store is small, has minimal customization capabilities, but is catchy and easy to use. There are 16 themes that are also mobile-ready but not editable. The company's emphasis on artists and photographers is expressed in the Big Cartel design models, while the average merchant will find several themes that are not tailored to their needs. Unfortunately, it's pretty hard to customize the Big Cartel theme because you'll need to code if you want to add and edit your photos. 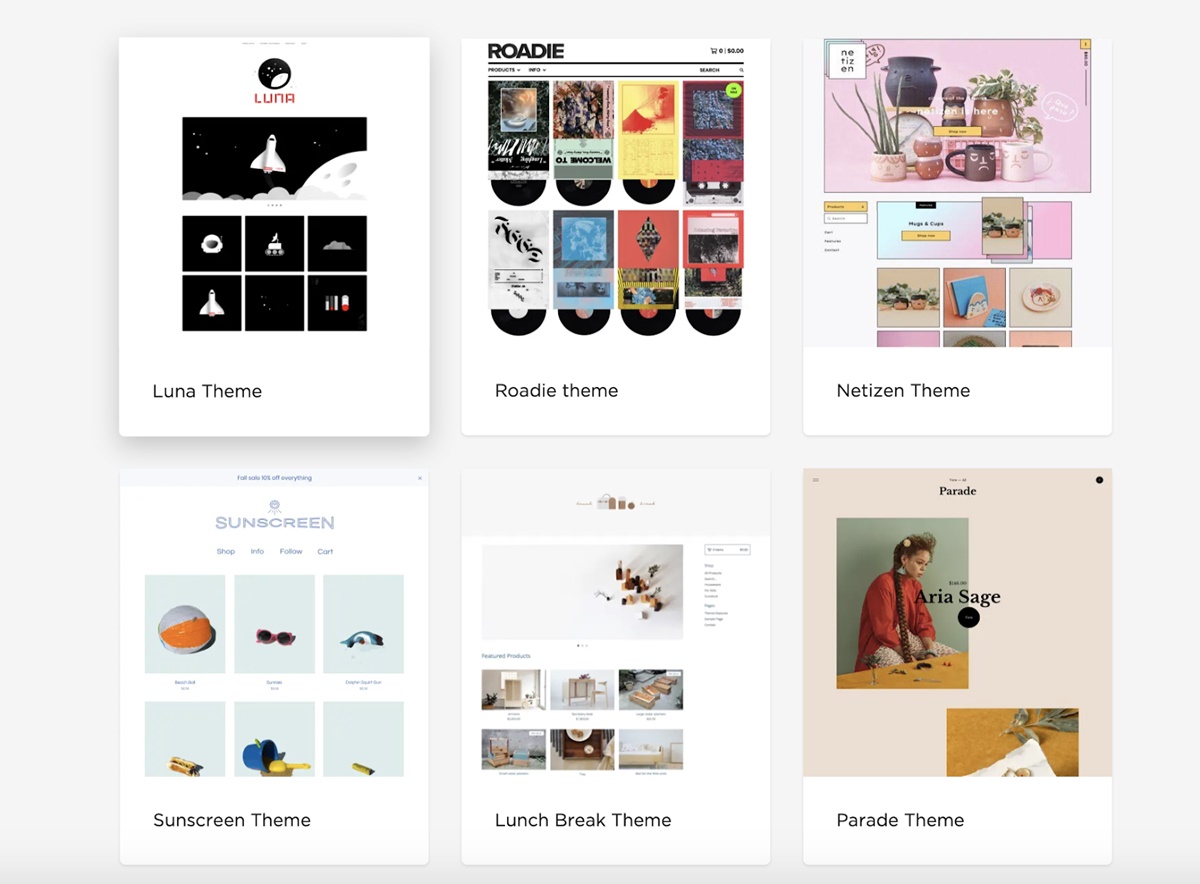 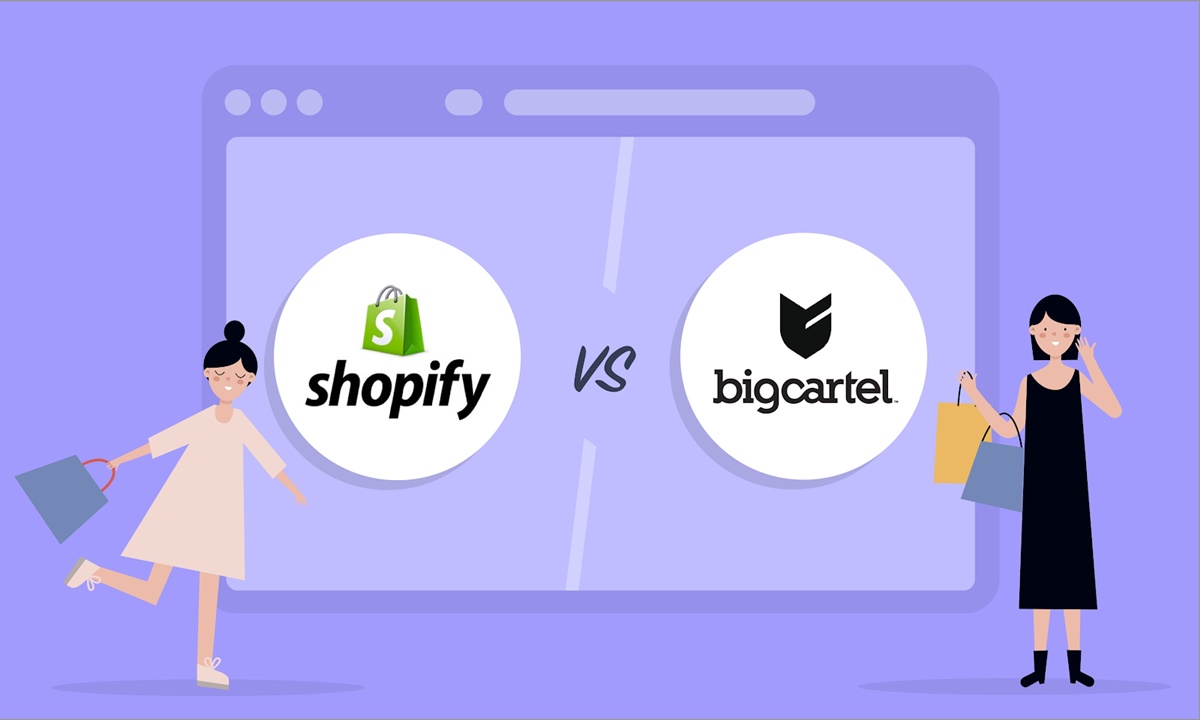 Although both Big Cartel and Shopify deliver very solid web-based eCommerce solutions, Shopify comes forward when comparing the two platforms. Big Cartel is cheaper, but also has more limitations. Shopify offers everything you need to build a functional eCommerce store, but that comes at a price.

So, while Big Cartel is more than enough for imaginative creators, Shopify has a lot more to give for larger stores. If you need a simple but beautiful online store to showcase your work, Big Cartel will be the right solution. On the other hand, if you're planning to start a growing company, Shopify could be a smarter alternative.

It’s up to your personal needs to decide. I hope this article has given you valuable insights into the differences between Shopify and Big Cartel, and you should be able to make your own decision now.